After dishing out meaningful movies like Iyarkai, E and Peranmai, director SP Jananathan is back with Purampokku Engira Podhuvudamai. Does the movie live up to its reputation? Does it carry a social message for which its director is known for? Read our review to know.

Arya is an activist who believes in principles of communism. What happens when you pull out all the stops to bring about a positive change in our society? You fall prey to the wrong side of justice.

That's exactly what happens to Arya, who gets a death penalty for alleged illegal undertakings against the country. While Vijay Sethupathi plays the executioner(hangman), Shaam plays a police officer, who handles the case.

Karthika Nair, who is a close associate to Arya, tries her best to avoid him being hanged. How does she do it? Does she succeed? How is Vijay Sethupathi connected to the entire saga? These questions are answered in a compelling manner throughout the film.

One of the film's main strength is its performances by the lead cast that includes Karthika Nair which is refreshing to see in a Tamil cinema.

Though the movie mainly revolves around its four central characters, the supporting cast too chips in with convincing acts wherever required.

Art Director Selva Kumar N scores big in this movie as all his sets are unbelievably real especially the prison set which is the heart of this movie.

Cinematographer NK Ekambaram has done a fantastic job as well. The last one hour gets as racy as it can get and the cameraman has stood up to the challenge by capturing the beautiful snow filled place which is a gift to the audience.

Relatively slow paced first half is one of the low points of the movie, the other is its songs; not that the songs are unbearable, but they actually seem out of place in the entire plot.

When will our directors get the courage to leave out songs if they are not required is a sad question that remains to be answered. Background score is gripping and adds substance.

With 2 hours and 40 minutes of run time, the film is mostly riveting. On the flip side, it could've been an out and out edge of the seat thriller sans songs and a couple of slashed scenes.

Purampokku Engira Podhuvudamai is definitely yet another good film by SP Jananathan. It has a subtle message and will keep you hooked throughout.

Check out the slides below for some of the best scenes and a few interesting trivia about the movie: 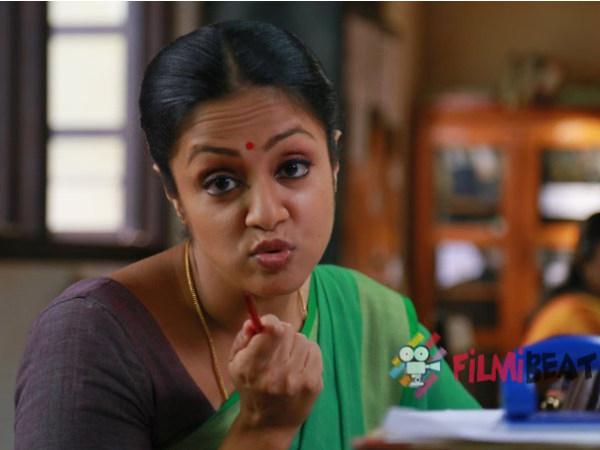 The movie is jointly produced by UTV Motion Pictures and S. P. Jananathan's production house Binary Pictures. The film was earlier titled 'Purampokku', a term used for a piece of land that is common to all, like a lake or a graveyard.

Posters released from the production unit revealed Arya with a resemblance of Bhagat Singh. Karthika Nair was signed to play the lead female role, as she could speak Tamil fluently and had to share screen space with two tall heroes.

Principal photography of the film started on 11 January 2014 in Kulu Manali. The film was shot extensively around Himachal Pradesh, Rajasthan and Chennai.

It was said that Karthika's role would be an action-packed one where she would perform her stunt sequences herself. Jananathan stated that though there are two heroes in the film, there will be just one heroine.

Shaam, who earlier appeared in director's debut film Iyarkai (2003), was selected to play the role of police officer. A promotional photo-shoot with Arya, Vijay Sethupathy and Shaam was held in December 2013.

When filming an emotional scene involving Shaam and Vijay Sethupathi, Jananathan shot the scene in a unique way such that, he allowed the actors to enact the entire sequence at one stretch.

The shooting was postponed for a while in June 2014 as the lead actors went to complete their other projects. The lead actors also had to learn to ride a camel for a few scenes in the film shot in Jaisalmer.

Arya had to perform a risky stunt of running on top of a moving train in an important sequence in the film. A huge prison set was erected in Chennai where an extensive 45 day production schedule was shot with the lead actors.

In August 2013, cinematographer Natraj Subramaniam claimed that he had already registered the title 'Purampokku', claiming that he did not give anyone permission to use the title, he also reportedly threatened to take legal action against anyone who did so.

On The Way To Face Death

The film was later retitled Purampokku Engira Podhuvudamai, with the director saying, "the word 'Purampokku' has become abusive today, the title was needed to stress upon the forgotten fact that everything is common for all".