Red Giant movies is known for distributing movies with good content. Tamiluku En Ondrai Aluthavum(TEOA) is definitely one such movie. The film has its negative points, but the effort to narrate a fresh concept with the usual commercial inputs is laudable. Continue reading our review to know more.

This film is about three stories which are intertwined beautifully. There is Bindu Madhavi who gets stuck in a dangerous situation but cannot call her boyfriend, played by Attakathi Dinesh for help.

There is this taxi driver, played by Sathish whose taxi is used by terrorists to destroy the city by planting a bomb which will explode when the terrorist makes a phone call.

And then there is this brainy tech savvy college drop out, played by Nakul who is jobless but makes a living by helping engineering students in their projects. A natural calamity occurs leading to a major network jam which snuffs out the much needed signal from each and every mobile phones in the city.

Bindu Madhavi is helplessly stranded with a lifeless phone, the terrorists are trying to explode the bomb by making that all important phone call and Nakul tries hard to restore the signal to all mobile phones in the city.

How these three stories are brought together in the end. Will Nakul succeed, will the bomb explode and will Bindu Madhavi be saved from a major disaster forms the crux of this comedy thriller.

The two performances which stands out in this film comes from Nakul and veteran actress Urvashi who plays his mother. Special mention goes to Urvashi who manages to both educate the audience with her scientific terms and tickles their funny bones with her terrific comic sense.

Both Satish and Bindu Madhavi have done decent jobs but the performances of Aishwarya Dutta, who plays Nakul's love interest and Attakathi Dinesh contributes to the negative points. Dinesh seems to be locked inside his Cuckoo character and fails to adapt to the role designed for this film.

Screenplay in the first half is sluggish and the movie picks up pace only just before the interval. It moves at a good pace in the second half but gets predictable at the end. Contradictingly, the film is narrated in an interesting way.

Editing by VJ Sabu Joseph comes in handy when three stories have to be interlinked and is done in a proficient manner. However, one feels that some unconvincing love portions especially in the first half could've been taken out to give a racy thriller feel to Tamiluku En Ondrai Aluthavum.

Background score by Thaman is commendable and director Ramprakash Rayappa has managed to impress with his fresh writing. Cinematography by Deepak Kumar Padhy is convincing enough.

Tamiluku En Ondrai Aluthavum could've easily been made into a racy thriller of high standards but the director has chosen to add commercial content which has backfired in parts.

Check out the slides below for some of the best scenes from Tamiluku En Ondrai Aluthavum: 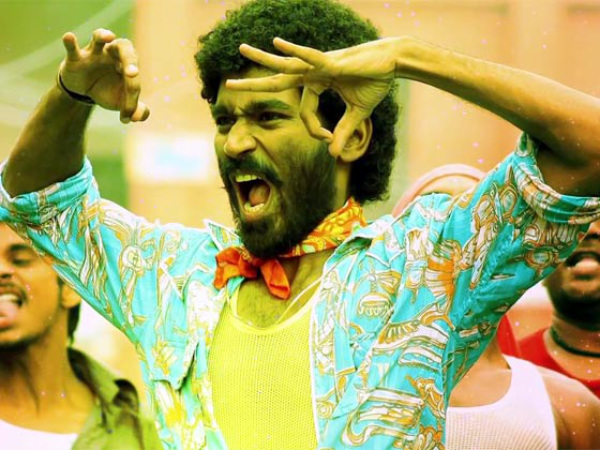 Nakul might bag a big film through Tamiluku En Ondrai Aluthavum. His acting in this film is as natural as it can get.

Though this is one of the enjoyable scene in the movie, it is time for Dinesh to make subtle changes in his acting technique as his performance in this movie reminds you of his portrayal in Cuckoo.

Bindu Madhavi has done what is required. But if she wants to establish herself as a prominent actress, she should start experimenting with her roles.

Newcomer Aishwarya Dutta has failed to impress in her first movie. Hopefully her next outing will give her some accolades.

VLS Rock Cinema, who had made Naan Rajavaga Pogiren has produced this one too. Looks like they have recognized Nakul's talent and wants to nurture it.

Tamiluku En Ondrai Aluthavum is distributed by Red Giant Movies. Looks like it is yet another smart move by the production company.

The film began production in December 2013 and the team held a series of workshops to help the actors get into character, before beginning filming in Tiruvottiyur.

Aishwarya Dutta falls for Nakul because of his intelligence which is shown in a convincing way.

Dinesh's comic sense works better in the flick than his role as a real estate broker.

Will this movie hand Nakul the much needed break he's been looking for in his career? We'll have to wait and watch over the proceedings in the next few years.

The cast and crew of Tamiluku En Ondrai Aluthavum were seen outside a cinema theatre today morning in Chennai.

The conversation between Bindhu Madhavi and her office colleague is a scene to watch out for in the movie.

Attakathi Dinesh has four films under his kitty. With one in the post production mode, three films are being filmed at the moment.

With the movie receiving generally decent to positive reviews from critics, this might turn out to be a profitable venture for the producer and distributor.