Arya's Vasuvum Saravananum Onna Padichavanga (VSOP) has released today in many theatres. Touted as a romantic comedy, VSOP had some reputation behind it prior to its release. Has the movie lived up to its notability? Read on our review to know.

As the title of the film suggests, Arya and Santhanam are childhood friends and the entire movie revolves around them. Life is fun for these two friends until Santhanam decides to get married.

Right from the beginning till the day of Santhanam's marriage, Arya unleashes his funny side and exposes his jovial nature which is regarded disrespectful by Santhanam's wife, played by Bhanu.

After their marriage, Bhanu warns Santhanam of dire consequences if he doesn't sacrifice his friendship for her. Without any other option, Santhanam convinces Arya to get married, hoping that his marriage would deteriorate their friendship.

Arya agrees but leaves the responsibility of finding him a girl as beautiful as actress Nayantara, to Santhanam. Finally he meets Tamannaah and decides to love her.

But even after numerous attempts to woo her with the help of his friend, Tamannaah doesn't even react to his tactics which frustrates Arya to the core. Finally, he gives up on Tamannaah and decides to move on.

Will he manage to get Tamannaah back into his life? What happens to his friendship with Santhanam? These questions are answered with abundance of comedy for which director M Rajesh is known for.

As expected, the entire movie depends on Arya and Santhanam. While one can say they have delivered what is required, it is difficult to gauge Arya's performance as his role is as simple as it can get.

This is yet another M Rajesh movie where Santhanam drives the entire story with his amazing one liners and body language. Bhanu has done her part pretty well but Tamannaah has gone overboard at places while portraying her character.

Supporting cast which includes Karunakaran, Vidyullekha Raman and Swaminathan add solidity to the film that lacks a fresh script. Vidyullekha's role has its prominence which has worked well in VSOP.

Cameraman Nirav Shah has used his angles pretty well to elevate some ordinary scenes. His usage of colors stand out throughout the movie. Background score by Imman is catchy and has worked out well in Vasuvum Saravananum Onna Padichavanga.

Vivek Harshan's editing needs a special mention as he has managed to stitch together pieces to make the film as interesting as he possibly could.

While the first half is breezy and makes you genuinely laugh, its second counter part gets a little edgy as it largely reminds you of Rajesh's previous movies. Having said that, VSOP is definitely better than All in All Azhagu Raja.

Overall, Vasuvum Saravananum Onna Padichavanga offers you nothing new and yet makes you laugh at most places and hence can be termed as a trademark Rajesh film.

Check out some of the most interesting stills and information from VSOP in the slides below: 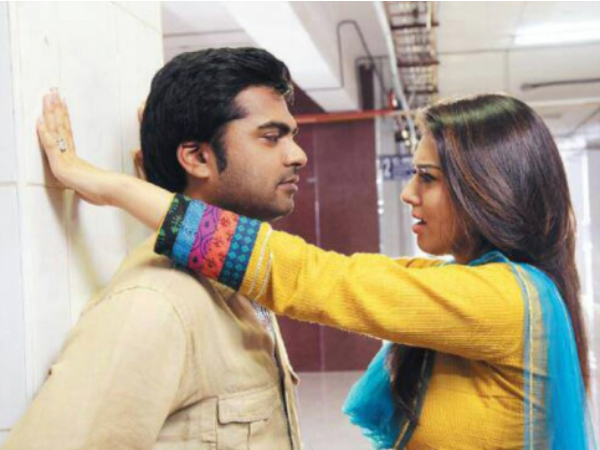 VSOP has been produced and released by Arya under his production company named 'The Show People'. He has associated with Prasad V Potluri of PVP cinema.

VSOP is also Arya's 25th flick and hence will be a memorable one to him.

Like any other M Rajesh's film, Santhanam has a huge role in VSOP, so much so that he can even be termed as a hero.

It was reported that Nayantara would play the female lead and that the movie would be a sequel to Boss Engira Bhaskaran in which Tamannaah would play a new character.

When Nayantara Backed Out

But when Nayantara reportedly walked out of the project, Rajesh had to rework on his script and then went on to confirm that the movie isn't a sequel but a fresh script with Tamannaah in the lead.

The satellite rights of the movie has been sold to Star Vijay for an undisclosed price.

Vidyullekha gets a prominent role in the movie which adds freshness to the script.

By playing Santhanam's wife, looks like Bhanu has moved on from being a heroine. Is this a statement that she is open to do variety of roles in Tamil cinema from here on?

Insults In The Name Of Jokes

Every Rajesh film has so far housed a prominent Tamil word 'Kalaai' which means insulting others in a funny way. VSOP is no different and has that in abundance.

Though the movie has so far managed to get decent to good reviews from fans and critics, a strong competition from Simbu's Vaalu will be inevitable. Stay tuned for more details on the movie's box office performance.