The movie revolves around Sooravali, who is a folk dancer, played by Varalaxmi to perfection. While portraying the struggling lives of folk artistes, the film also showcases Varalaxmi's interest towards Sannasi (Sasikumar).

RK Suresh, who comes across as a hysterical villain, tries hard to marry Varalaxmi forcefully. What happens to Varalaxmi and her love towards Sasikumar forms the crux of Tharai Thappattai.

A Bala film can never falter when it comes to performances and Tharai Thappattai is no different. In fact, this time around, the bar is raised and the performers have obliged and how!

Varalaxmi Sarathkumar may walk away with a National Award and more for her role in Tharai Thappattai. Sasikumar has largely underplayed his character (in a good way) and should be appreciated for letting a female lead take the center stage.

RK Suresh is convincing, to such an extent that you may subconsciously curse him while watching the film. Rest of the supporting actors have done their part brilliantly.

Maestro Ilaiyaraaja's music is divine. It is the biggest positive of this film along with performances. Chezhiyan's cinematography is raw and callous.

While Tharai Thappattai oozes blood and gore, the biggest drawback of this film is its second half, where the climax reminds you of all other Bala flicks.

Are Bala films supposed to end only this way? It's time the genius film-maker sheds his formulaic climax sequences.

The bright spot though, is his efforts to showcase the unfortunate lives of folk artistes in the most inhumane way possible (showcasing the bitter reality as it is) and the first half, which is a treat to watch, thanks to Varalaxmi.

Tharai Thappattai could've been much better had Bala focused more on the latter half of the movie, in which he seems to have forgotten about his steadfast female lead. 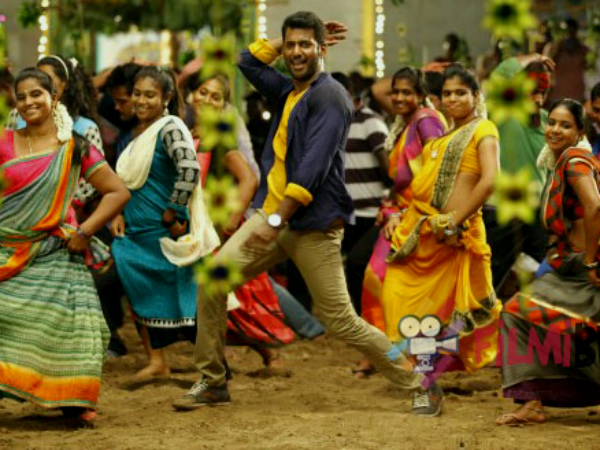