Vetrimaaran's much talked about Visaranai movie review is here. Check it out to know what the movie has to offer. Also, you may unlock many questions pertaining to this flick by the time you finish reading this review.

Visaranai is an adaptation of 'Lock-up', a Tamil novel penned by M Chandrakumar, based on a real life incident.

Four friends, ambling around the streets of Guntur, Andhra Pradesh, are detained by cops in the name of suspicion.

For the next 13 days, horrifying experiences are forced upon them as police officials beat them up mercilessly, forcing them to confess a crime they did not commit.

It's hard to find even a junior artist committing the slightest of mistakes in Visaranai. Lead actors like 'Attakathi' Dinesh, 'Aadukalam' Murugadoss, Samuthirakani and Kishore have simply gotten under the skin of their respective characters.

Special mention goes to Dinesh and Murugadoss, for they have actually gone to the extent of enduring pain by taking on real blows. All the actors who have portrayed cops have done full justices to their respective roles.

S Rama Lingam's cinematography is of the highest quality. Be it the scenes where police exhibit their brutality against the prisoners or the ones that capture various human emotions, Rama Lingam's contribution, towards the impact this flick manages to create, is immense.

Vetrimaaran's screenplay is immaculate. If you thought Aadukalam was the tightest among his screenplays, wait until you check out Visaranai.

Editing by late Kishore Te is crisp, and therefore succeeds in making you sit right up, throughout. GV Prakash Kumar's background score is largely decent enough and very good at places.

In spite of handling a blood-curdling script, Vetrimaaran has managed to stay away from gratuitous gore which has worked in favour of Visaranai. The film is hard-hitting and gritty, that makes it an impactful watch. 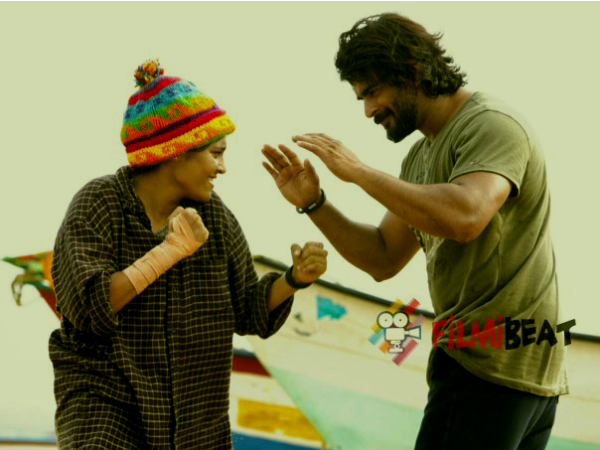