NGK has loads of specialties associated with it. The film marks the first association of Suriya and Selvaraghavan, a combination that the audiences have been longing to see. Moreover, NGK is also the master director's big release after a gap of six years. Expectations are bound to be high and has NGK lived up to those? Read NGK movie review here to get an answer regarding this.

The core plot of NGK revolves around an educated youth, who gets to know about the current political scenario. He who learns about the latest scenario decides to take a plunge into politics and what happens rest has been narrated in this film.

Selvaraghavan is definitely in a different league. It needs to be said that Selvaraghavan fans will be partly satisfied with NGK. His knack of characterisations and the narrative pattern are unique and special. This could be seen in NGK as well. We have seen a good number of movies with a similar theme but Selvaraghavan does place NGK at a level untouched by those previous films.

It is very interesting to see how Selvaraghavan has infused the sarcastic, inspiring and the commercial elements in a well-blend script. And at the same time, the way in which he has etched it on the big screen too deserves applause, to an extent.

The first-half of NGK is well-packed with the fans of Selvaraghavan and Suriya getting loads of moments to cheer. The director does take his own time in detailing but it doesn't affect the pace of the film much. The stage was set for a better second-half but the proceedings don't flourish as expected. The latter half is decent but not up to Selvaraghavan standards since the film lacks the required flow out there. The change in the script seems to have affected these portions heavily with the film failing to create a connect.

Suriya is on fire as the title character. A performance-oriented role done to perfection by the highly-talented actor. This would definitely rank as one of his best performances till date. Watch out for his thunderous performance during the interval portions. Sai Pallavi has done a neat job as a character with a peculiar characterization. Rakul Preet Singh gets to play a well-written role and she has done that to conviction. Other actors also have done a neat job.

Yuvan Shankar Raja's music deserves a special mention. The intensity that this man adds to the scenes even with the subtle notes is priceless. Cinematography is neat and editing is fine, even though it needs to be said that it could have been sharper and precise in the second-half.

Selvaraghavan Factor In The First-half

Lack Of A Proper Flow In The Second-half

Some Of The Song Placements

NGK definitely has one of the best performances of Suriya so far and it is a relishing sight to see this magnificent actor in full form. Selvaraghavan the director does come up with a decent movie, which has its own share of merits and demerits. 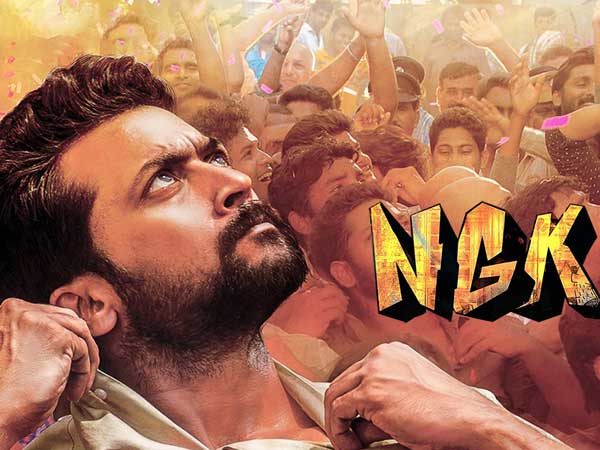