Ponmagal Vandhal, the first-ever Tamil film to have a direct OTT release, recently premiered on Amazon Prime. The legal drama, which features Jyotika in the lead role, is written and directed by JJ Frederick. Ponmagal Vandhal is bankrolled by the popular actor-producer Suriya, under his home banner 2D Entertainment.

Did the Jyotika-starrer meet the expectations of the audiences? Read Ponmagal Vandhal movie review here to know...

Jyothi, an Ooty-based woman was accused of abducting and killing children, and the investigation team killed her in an encounter, when she tried to escape. The case is reopened after 15 years by 'Petitioner' Pethuraj (K Bhagyaraj) and his daughter Adv. Venba (Jyotika), who claim that Jyothi was falsely accused. Prosecutor Rajarathinam (R Parthiban) creates challenges for Venba in bringing justice to Jyothi. The rest of the plot depicts how the young advocate proves Jyothi's innocence.

JJ Frederick, the writer-director makes a decent debut with Ponmagal Vandhal. The movie deals with a sensitive topic and hits hard during a few parts. The movie stands out with its honest attempt to showcase the harsh realities behind the fight for justice in the cases of sexual crimes. It also throws light on the sexism that women deal with in everyday life, which is a very rare sight in Tamil cinema.

But, Ponmagal Vandhal doesn't succeed in keeping the audiences hooked to the screen, apart from certain portions. The screenplay lacks the much-needed crispness and leaves way too much of loose ends (like the protagonist's family background and sudden transformation of certain characters) with no logical explanations.

Also, the old-school, highly predictable narrative, which majorly depends on the lengthy courtroom scenes and monologues, play the major spoilsport. The occasional comedy sequences struggle to make a mark and look forced. The violence sequences that involve children might not go well with a certain group of audiences, as they are clearly over the top. However, the neatly placed climax twist, does leave an impact.

Jyotika, who plays Adv. Venba, amazes with her controlled, mature performance (her dubbing voice deserves a special mention). The actress has totally come out of her bubbly on-screen persona to portray the calm yet fierce Venba, and carried the film on her shoulders with absolute ease. It was a delight to watch K Bhagyaraj, the veteran actor-filmmaker as Venba's father Pethuraj. He has simply excelled in both, the lighter and emotional sequences.

R Parthiban once again proves that he is the most underrated acting talents of the Tamil film industry, with his brilliant performance as the corrupt prosecutor (even though his character is weekly written). Thiyagarajan, who appears as the main antagonist, is wasted in his minimal role. The rest of the star cast, including Prathap Pothen, Pandiarajan, Vinodhini Vaidyanathan, Vidya Pradeep, Subbu Panchu, baby Akshara Kishore, and so on are good in their respective roles.

Ramji, the director of photography has done an excellent job with the amazing visualisation of the movie. The editing by Ruben could have been better, as the movie falls into slow pace during most of its courtroom scenes.

Govind Vasantha, the music director has done a great job with the beautiful soundtrack and brilliant background score, which totally goes hand-in-hand with the narrative without going overboard.

Performances by Jyotika and the rest of the star cast

Too many loose ends and logical loopholes

Ponmagal Vandhal is an ambitious film, that deals with a valid subject and hits hard during a few parts. However, the Jyotika-starrer fails to create a deeper impact. 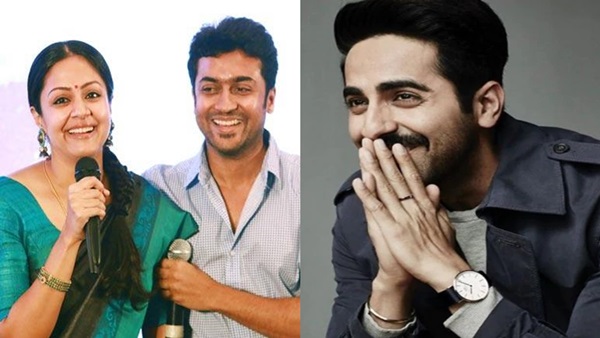