Jai Bhim, the legal drama that features Suriya in the lead role, has finally premiered on Amazon Prime Video. The movie, which is written and directed by TJ Gananvel, had garnered the attention of audiences much before its release, with its exceptional trailer. Jai Bhim is bankrolled by Suriya and Jyotika, under their home banner 2D Entertainments.

Did the legal drama live up to the expectations? Read Jai Bhim movie review here to know... 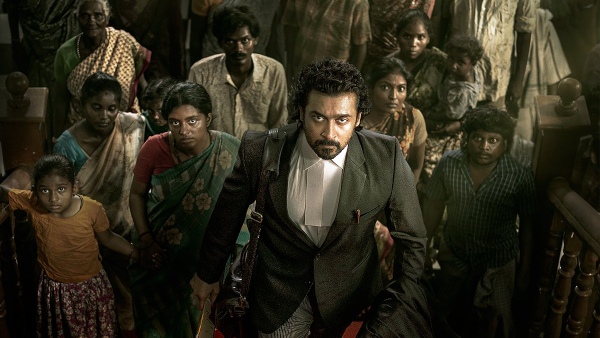 Rajakannu (Manikandan) and Sengani (Lijomol Jose), a young couple from a tribal community who lead a happy and content life even in poverty. However, things change when the police arrest Rajakannu and a few others suspecting his involvement in a robbery case, and brutally torture them.

Later, the cops inform that the suspects escaped from their custody and their whereabouts are unknown. The helpless Sengani, who is pregnant with their second child, seeks the help of a righteous lawyer named Adv. Chandru (Suriya), to unravel the mystery behind her husband and others' missing.

TJ Gnanavel, the writer-director has crafted a solid film that throws light on the lives of the underprivileged in our society. The biggest plus point of Jai Bhim is that it hardly relies on melodrama to convey how important its message is. The Suriya starrer puts forward its hard-hitting theme through some well-written and directed scenes, that leaves a great impact.

Jai Bhim narrates how the system and judiciary of our country serve each of its citizens differently, without getting preachy. The Suriya starrer is arguably the much-needed attempt in the Tamil film industry, that has always celebrated the toxic sides of the police force and violence. The movie also has its own light moments, that are shot wonderfully.

However, Jai Bhim is definitely not a flawless film. The violence in the film - which is necessary for the initial story build-up and to convey the brutality faced by the protagonist- becomes excessive and unbearable after a point. The courtroom scenes remind certain similar sequences from some of the earlier films, at places. Also, the duration of the movie might not appeal to the audiences who expect a crisp watch. 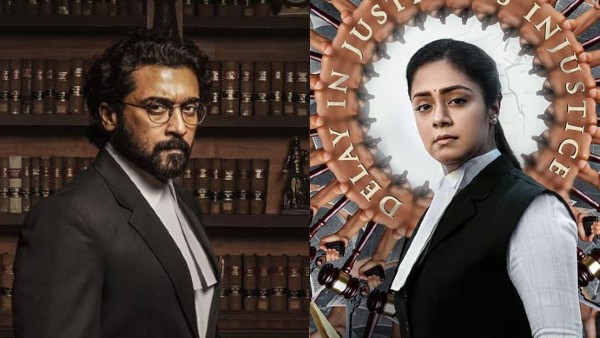 Suriya, who plays Chandru, scores with an intense, honest performance in Jai Bhim. A special kudos for the actor for coming out of Tamil cinema's most overused trope - the saviour hero, and his willingness to let his co-stars take the limelight. Prakash Raj, the senior actor makes a mark with his powerful performance as the senior cop.

However, it is Lijomol Jose and Manikandan, who play Sengani and Rajakannu, who steal the show in Jai Bhim with their brilliant performances. The amazing chemistry between the actors makes their combination scenes both endearing and deeply moving. The rest of the star cast, including Rajisha Vijayan and Rao Ramesh, are good in their respective roles.

SR Kathir, the director of photography has done an amazing job with the visuals of the movie. However, the editing of Philomin Raj is not up to the mark, as the movie becomes a tiring watch after a point due to its excessive duration. Sean Roldan scores with a decent background score, but the songs are forgettable.

Jai Bhim is unarguably one of the boldest films produced by the Tamil film industry in a long time. This Suriya starrer is hard-hitting and powerful.