The wait is finally over! One of the highly talked about films of the year Sarpatta Parambarai is out on Amazon Prime Video. The period sports drama released today (July 22) on the leading OTT platform. Starring an ensemble cast including Arya, Dushara, Pasupathy, Anupama Kumar, John Kokken, Kalaiyarasan and late actor Maran, the film is written and helmed by Pa Ranjith, the director best known for his Rajinikanth films like Kaala (2018) and Kabali (2016).

Bankrolled by Shanmugam Dhakshanraj under Neelam Productions and K9 Studios, the film was earlier slated to release in theatres, however, the plan was dropped by the makers owing to the COVID-19 pandemic and the restrictions that followed. 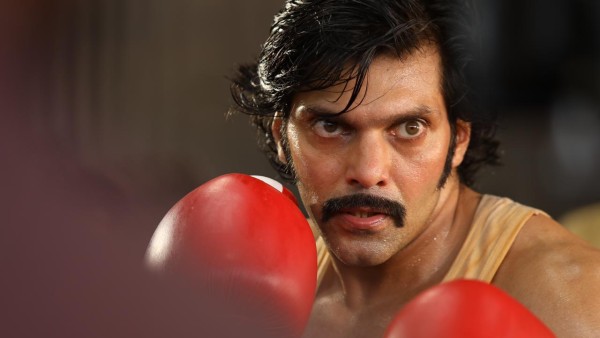 Is the Arya-starrer worth the hype? Let's find out! 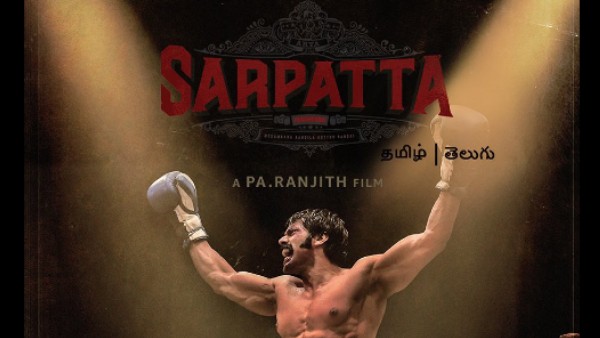 Sarpatta Trailer Out: Arya's Never Seen Before Avatar Will Leave You Enthralled!

Set in the 1980s, the sports flick follows Kabilan (Arya) a supporter of the Sarpatta clan, who dreams of becoming a boxer, an idea time and again objected by his mother, who believes that it was her husband's boxing skills that got him killed as a henchman. Stating that she doesn't want the same fate for her beloved son, she tries to keep him away from the ring, even as a spectator. Though he secretly joins the boxing class of coach Rangan (Pasupathy) he is again warned by his mother, who even humiliates the master. Well, the incident hurts Rangan who throws him out of the class, putting an end to Kabilan's passion.

Years apart, Kabilan ties the knot with Mariamma (Dushara). On the other hand, the Sarpatta clan struggles as their boxers fail to defeat an aggressive opponent Vembuli (John Kokken) of the Idiyappa clan. Post their big failure, a disappointed Rangan is challenged by his rival coach- one final bout and if his player fails, the Sarpatta clan will never step into the boxing ring again. Will Rangan accept the challenge? If yes, who will represent the Sarpatta clan in this do-or-die game of boxing? To get all the answers you need to watch Sarpatta Parambarai on Amazon Prime Video.

Considering the very fact that Sarpatta Parambarai is a sports drama, one would expect the unexpected from it. However, the moment you begin watching the Arya-starrer, you would know where the film is heading towards. With such a unique concept and promising artists in hand, Pa Ranjith, the very talented director could have done much better. Though the film is watchable, it leaves no stone unturned to drain the viewer with its cliché story and sequences.

On a lighter note, most of the technicalities and minute details of boxing have been displayed duly and it needs to be appreciated.

Arya as Kabilan looks convincing. His role in Sarpatta Parambarai is challenging and layered and without doubt, the actor has showcased his acting prowess effortlessly. His fine gestures and expressions gels so well that one can easily empathize with his character. The handsome actor never disappoints fans with his performances and this time too he has amazed us with his brilliant acting stints.

Pasupathy has aced his role as a boxing coach to perfection. His nuanced performance and dialogue delivery are the highlights of the film. Though one might feel like juxtaposing him with other actors who have earlier played the role of super strict coaches in films, you would only end up calling Pasupathy's character Rangan an unconventional one, such is the power of his acting prowess that completely stands out from the rest.

Music composer Santhosh Narayanan has failed to make an impact. Though there were high expectations from the renowned composer, the BGM seemed haphazardly jammed. Editor Selva RK could have cropped unnecessary sequences as the 3-hour runtime seemed too long. Murali G's cinematography looks decent and deserves applause.

Sarpatta Parambarai is a passable film saved by the performances of Arya and Pasupathy. The Pa Ranjith-directorial is intense but lacks emotions at places and is predictable in most of the parts.