This week has been raining star weddings. First, Bollywood actors Deepika Padunoe and Ranveer Singh get married in Italy and on Thursday, Pratyusha Beneerjee's boyfriend Rahul Raj g hitched to Saloni in Mumbai. While it was an extremely private affair, it was attended by the former Bigg Boss contestant and devotional singer Anup Jalota. Also, he was the first one to arrive at the wedding. It makes us wonder if this was Anup Jalota's first performance post Bigg Boss 12. While talking to Times of India, Rahul revealed that he gave Saloni a diamond ring as the wedding present. More details inside.

Was It A Hush Hush Wedding?

In an interview with Times of India Rahul Raj said his wedding wasn't hush hush affair as such. "He added, I just wanted to keep it private. We had already decided that we would tie the knot by the end of this year. We had finalised the wedding date a couple of months ago and were waiting for our families to approve it."

Anup Was The First One To Arrive

Talking about the guests at his wedding Rahul said, "The first one to arrive was bhajan samrat Anup Jalota. He stayed for a while and sang a few of his favourite ghazals along with my mother. The special part of the cocktail was the dinner, as it was cooked by my father, who is an amazing cook."

He Gifted Her A Diamond Ring

Apparently, Rahul didn't have much time to by a lot of things for wife. He added, "I still managed to gift her a diamond ring, as she loves diamonds. Saloni gifted me the sherwani I wore for the wedding."

When asked about honeymoon plans, Raj told TOI, "It will be delayed, owing to my work commitments. We are planning our honeymoon to a wildlife sanctuary in South Africa during the second week of January. We want to be close to nature and I have heard that safaris are quite romantic,". 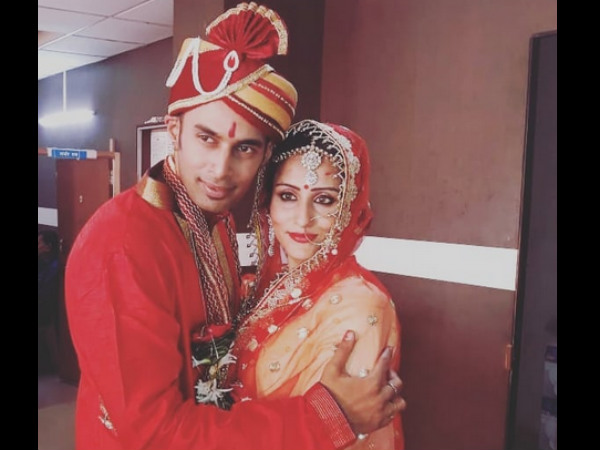