Former Bigg Boss contestant Armaan Kohli has always been in the news for all the wrong reasons. First, he made headlines or allegedly urinating outside Rani Mukerjee's house as a revenge against her sister Tanisha. And the, his ex-girlfriend Neeru Randhawa shocked everyone when she filed a complaint against Armaan for physical abuse. She had even shared pictures to prove the same which displayed a deep wound on the forehead.

And now, Armaan Kohli is in the news yet again for threatening a fashion designer Nadia of physical abuse and 'Ashleel Baatein'. When asked if Nadia held a romantic relationship with Armaan, her response was puzzling! Read to know more.

While talking to SpotboyE, fashion designer Nadia said, "Well, I have lodged a FIR against 3 people- Armaan, his friend Dilip Rajput and his servant Nitin. Armaan and Rajput made some unreasonable demands to me and I had no option but to complaint."

She Was Threatened Of Physical Abuse

Revealing further shocking details, Nadia said, "Armaan and Rajput had taken Rs 50 lakh from me, and they refused to return. When I insisted that I need my money back, they started threatening me and even hurt me physically."

In a video that has been making rounds on the internet, Nadia is seen sitting on Armaan's lap. From what we can see, the duo seems to be under the influence of alcohol. When Nadia was asked if she had any romantic relationship, the designer said, "Well, you are asking some very personal questions. Okay, I would say that were friends for sure."

Police Is Looking The Matter

With regard to the issue, a police told the publication, "The FIR number is 509. She has said that she was cheated of a certain amount of money and Armaan uske saath phone par ashleel baatein karta tha."

Addressing the accusation made against him, Armaan told Mid Day, "It's a complaint against someone else and my name is being dragged into this. It will be cleared, it is not a big issue. Once it gets cleared, I will speak to you. I will give you my side of the story soon, just wait for the correct news." 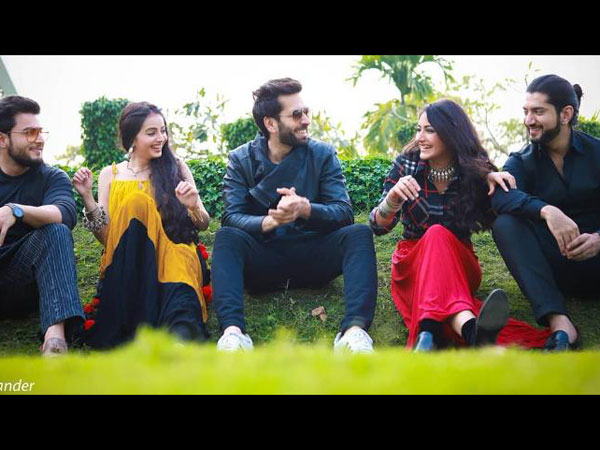 MOST READ : Ishqbaaz: WHAT! Surbhi To Appear Post Leap? Nakuul Mehta To Shoot Last Episode With Team On This Day