Bidaai actor Angad Hasija who has been far from the limelight for a while now recently appeared on the weekend chat show JuzzBaath, that's hosted by Rajeev Khandelwal. Besides just chatting and opening up about their personal lives like it happens on every chat show, Angad Hasija did something that's got everyone talking! If you are wondering what that was, Angad remarried his wife Pari on the show. Angad and Pari being one of the cutest couples, were surprised by their daughter who joined them on the show.

While Angad, Pari and Rajeev were having a deep conversation, the host decided to do something special for his guests. So, Khandelwal made special arrangements to re-create their marriage ceremony. Following which, the could shared an extremely romantic moment on the sets.
The pictures from the show how Angad and Pari couldn't stop blushing as they exchanged garlands while trying to relive and experience the moment when they tied the knot. Angad and Pari got married in the year 2007 and have a daughter together.

Before making an appearance on the chat show, Angad had become a viral sensation when he shared a few greyscale images of himself from a photoshoot, in which his look was nothing but bold. Talking about it Angad said, "One of them is quite bold and almost nude (laughs). I had done this shoot a few months ago and had been putting up photos one by one on the social media."

"The concept was to shoot photos that stand out, as every other actor today has a good physique and does a sexy photo shoot. I wanted my look and photos to be unlike what I had done before," he further added. 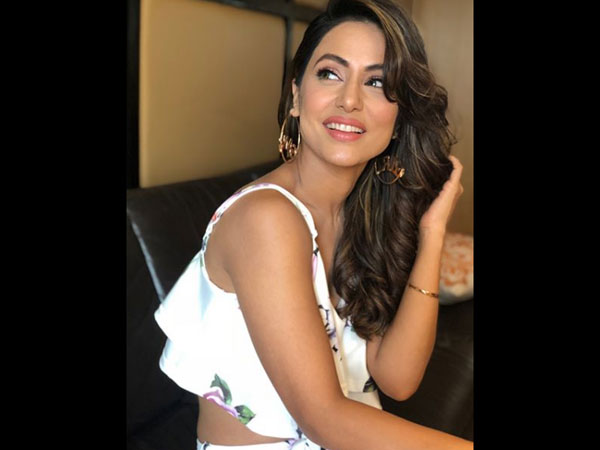