Bigg Boss 12 will be hitting the small screens in two days and the ex-contestants of India's biggest reality show are opening up about their experiences. In a recent interview with Indian Express, Bandgi Kalra, the former Bigg Boss contestant, opened up about her journey on the show and went on to say that the concept of vichitra jodis was inspired by her and beau Puneesh Sharma's romance. Bandgi and Puneesh met on Bigg Boss 11 and fell madly in love. They were subjected to a lot of criticism for openly romancing in front of the cameras! Though their relationship was called fake, even a year after the reality show has come to an end, they are still going strong. This is what Bandgi had to say about her stint on Bigg Boss 11.

“They Got The Idea From Us”

Talking about Bigg Boss 12's concept of vichitra jodis, Bandgi said, "I think they got the idea from us. They must have thought - this jodi became a hit, so we should try a jodi season."

Would She Participate Again?

"I don't think I will participate. I guess I've done what I had to. I will love to revisit by making a guest appearance to live my moments again. But not to stay or compete. Bigg Boss is not an easy journey. It's difficult and happy. It gives you every experience in just three months."

Bigg Boss Has Turned Her Life Around

Bandgi says her life has turned upside down after her stint on Bigg Boss. "Earlier, I would go anywhere the way I would want to and be what I want to be like. But now, every move is noticed and clicked. So, now being a public figure, you have to consider things. I wanted this. I like it," she added.

She Doesn't Feel The Need To Marry

Though Bandgi and Puneesh are head over heels in love with each other, they don't feel the need to tie the knot yet. When asked about marriage plans, she said, "What's the need of getting married? Shaadi karke saath hi rehna hai. Woh ab bhi reh rahe hain. I don't see the point in getting married just for that stamp of approval."

Her Tips For The Bigg Boss 12 Contestants

"Just be yourself because no game plan can work inside the house. You cannot plan because you are under surveillance 24/7. Do whatever the situation is asking you to do." 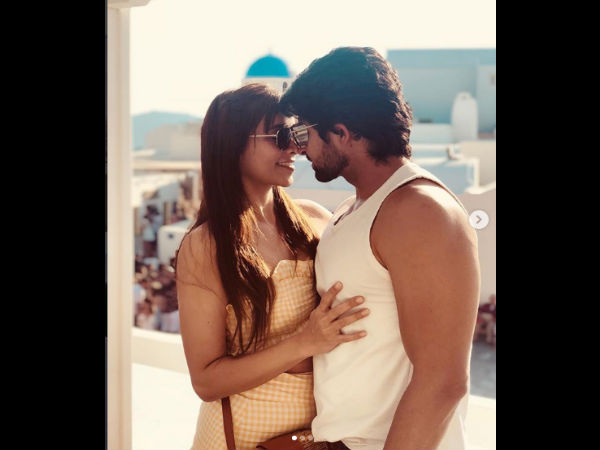