Television actor Hussain Kuwajerwala is celebrating his birthday today (October 12, 2018). Besides having been recognized as a successful actor, he is also known for having one of the most beautiful yet filmy love stories. The Kumkum actor is married to his college days girlfriend and actress Tina. They dated for almost 9 years before tying the knot. Hussain says how his friends knew from the start that he and Tina were meant to be with each other for a lifetime. As he turns 41, let's have a look at his and Tina's Bollywood-style love story.

This Is How It All Began!

Recalling the first time he shared a moment with his then friend Tina, Hussain said, "Once Tina and I were sitting on a bench along with a friend who all of a sudden uttered ‘Tina, Hussain loves you'. I was zapped and did not know how to react. It was not even the usual filmy trick where the guy asks his friends to help him. Both of us were taken aback but I guess my most beautiful moments started from there."

'Our Union Was Bollywood'

Hussain gushed as he said, "My love life was pretty much set then on. Having a girlfriend in college, especially during our time, felt on top of the world! Everyone amongst our friends knew we would go a long way together and make it to the altar. Our union was very Bollywood, I must say. Everything was perfect and rosy, then."

This is what Tina had to say about meeting her better half: "Both of us knew that we have found our soulmate in each other. Since we dated for many years, we also went through difficult phases. But at the end of it, we were so much in love with each other."

Their Hindu-Muslim Marriage Was One Of Its Kind

Though Tina and Hussain belong from two different religions, nothing stopped them from having a beautiful wedding. He said, "It was a Hindu-Muslim wedding and we expected fireworks in the beginning. Fortunately, everything went very smooth since our families were okay with our love and the marriage."

'For The Rest Of Our Lives'

When asked how the marriage is treating them, Hussain said, "It has been an eventful journey. I think we are developing into mature beings and we know that we are there for each other for the rest of our lives." 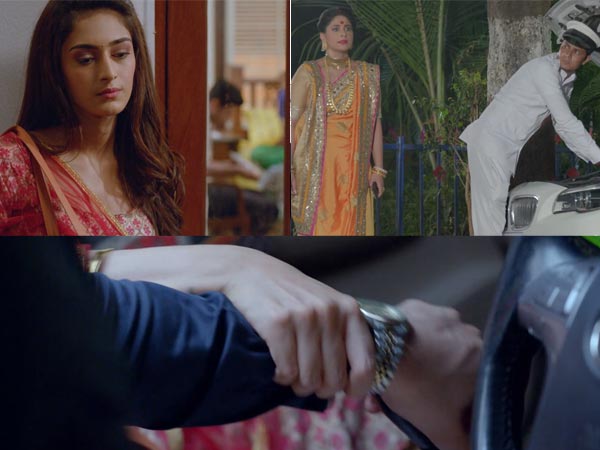