Ekta Kapoor's Kasautii Zindagi Kay 2 has managed to win the fans' appreciation in a short span of time and has been doing well on the TRP chart too. The sequel to the original Kasautii has been successful in portraying all the characters in a manner the viewers desire to see. One such character that was most awaited was of Komolika's, the iconic antagonist. Until recently, rumors were making rounds that Hina Khan would be playing the role of Komolika. As the rumors turn true, we have learned that Hina is indeed the new Komolika and here's the first look!

New Komolika Is All That You Desire

In the picture, Hina Khan is seen donning the designer blouse and lehenga that Ekta Kapoor got especially customized for Komolika. Unlike the original Komolika, the new antagonist's signature accessory consists of her earrings.

Hina As The New Komolika

Talking about playing Komolika, Hina told Times of India, "Playing Komolika is an extremely thrilling experience. However, it also brings a huge responsibility of living it up to the expectations of the viewers. Komolika became a household name who is reminisced even today. She is strongly instilled in the hearts and minds of the viewers. I will try to retain the essence of the old character, but with a new spin,".

"Komolika is not a typical vamp, she has a lot of shades to her which unfold as the story progresses which enticed me to play the character. Viewers will see me in an entirely new avatar and I always wanted to try something new to push myself as an actor."

The old Komolika, Urvashi Dholakia wishes best to Hina for carrying over her role. In a recent interview Urvashi said, "Ekta (Kapoor) put her trust in me 18 years ago, the same she is doing now on Hina. Ekta has an eye for detail. Ekta has an eye for performers. Like she extracted what she wanted from me, I am sure she will extract it from Hina too. The baton has been passed and I wish Hina good luck in all honesty." 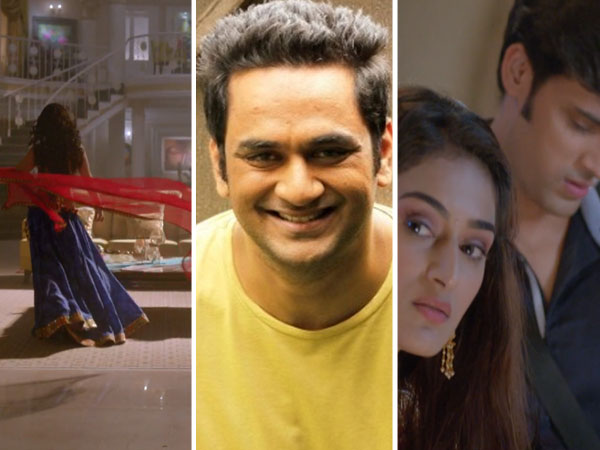