Puneesh Sharma and Bandgi Kalra participated in Bigg Boss 11 and gained popularity not only for their stint on the show, but for their controversial relationship too. Though Puneesh entered the house as a commoner, he emerged a celebrity and there is no doubt about it. Though Puneesh and Bandgi have been dating for nearly a year now, their relationship is highly. In a recent interview with Time of India, Puneesh spoke in length about his love life and said that he has no plans of marrying Bandgi right now. Read below to know why.

They Were Called ‘Fake’

Apparently, people have had a lot of opinions about Puneesh and Bandgi's relationship. Addressing this he said, "Fake. That's the only word I heard when Bandgi and I fell in love in the Bigg Boss house. Finally, I got tired of it. Be it fellow contestants or outsiders, the entire world felt that we would break up after the show".

"Being affluent is a blessing, but sometimes, people don't take it in the right way. I remember how people would say that Bandgi is with me, because I am rich. Then, when I featured in a music video, they felt that I had used my power and influence to bag the opportunity."

When asked about their marriage plans, Puneesh said, "When Bandgi and I decided to stay together, our families were fine with it. You should marry someone only when you are absolutely sure. I want to marry Bandgi, but not right now. I have to make a career before that."

The former Bigg Boss fame says, "We don't live in times when a person - man or woman - has to stick to his/her partner even if he/she is tortured or unhappy in a relationship. Also, a live-in arrangement helps you understand the other person much better." 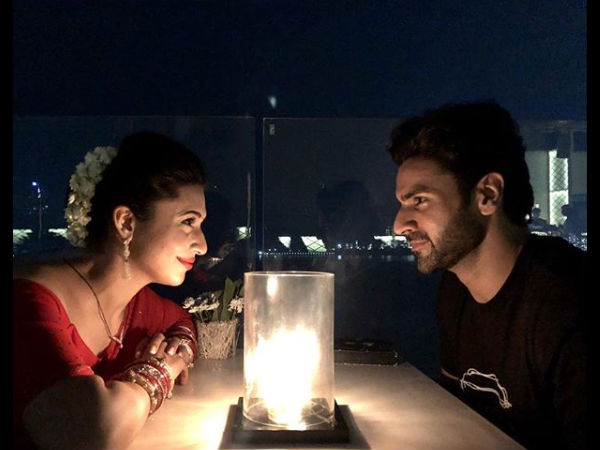 MOST READ : Moon On A Video Call To Fasting On Sets, TV Celebs Divyanka, Yuvika & Other Celebrate Karwa Chauth