Kasautii Zindagi Kay 2 makers are leaving no stone unturned when it comes to bringing the two most favorite characters together. We have already seen that Prerna and Anurag have grown fond of each other. Though Prerna has agreed to get married to Naveen Babu, she has been questioning her feelings for Anurag. Anurag tried his best to stop Prerna from getting engaged to Naveen, but failed at it. Meanwhile, Naveen is happy that everything is working according to his plans. However, Anurag takes an oath to stop Prerna's wedding. This is what the next episode has in store for you.

Prerna's sister Shivani has realized that she and Anurag have feelings for each other. She tells Prerna that Anurag looks at her as more than a friend. Prerna is shocked to hear this. Shivani requests her to re-consider her marriage with Naveen.

Prerna is disturbed by what Shivani said and tries to not think about it. However, when she falls asleep, she dreams of Anurag. She remembers the times when he took care of her and how he's always been there for her. Prerna's too confused to think straight.

Anurag is hell bent on talking to Prerna and convincing her to not marry Naveen. He sneaks into her room in the middle of the night. Prerna yells at him saying he could have hurt himself, to which Anurag responds saying she's not his girlfriend. Prerna blushes at the thought of it

He Takes An Oath To Stop The Wedding

While he is in the room, Anurag tells Prerna that Naveen and Madhuri are faking their relationship. Prerna is not ready to listen to him. However, Anurag doesn't lose hopes. He tells Prerna he will not let this happen. He takes an oath to stop her from marrying Naveen.

Prerna is overwhelmed. She is trying to battle her feelings for Anurag but feels helpless. According to latest spoilers, Prerna will tell Anurag the truth. Will Anurag help her out of the situation? We need to wait and watch to know if Prerna will finally gather the guts to call the wedding off. 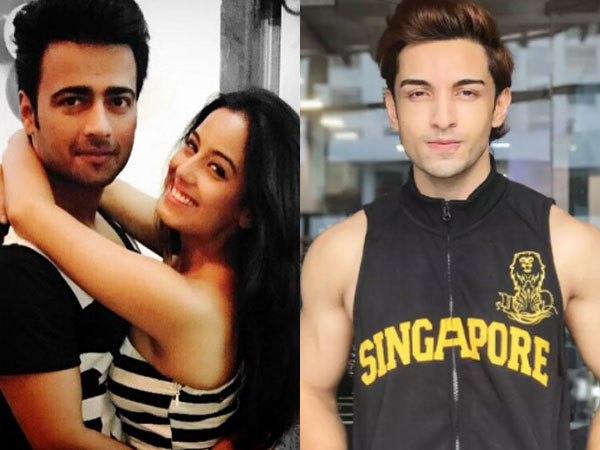 MOST READ : Bigg Boss 12 : Manish Says Srishty's All His ; Says He Shall Not Tolerate If Rohit Crosses Limits!