Nakuul Mehta and Drashti Dhami have been setting BFF goals for years now. Their friendship is well known within the industry and outside. Nakuul, being the notorious friend that he always is, uses every given chance to pull Drashti's leg! Recently, when the actress took to her Instagram handle to post a selfie from the sets, Nakuul was quick to respond saying she needs some mentoring with regard to capturing selfies. The comments followed by Drashti were as hilarious too!

When the gorgeous Drashti posted a selfie clad in a yellow ethnic wear, Nakuul responded saying her selfies need some mentoring. And to do the same, he asked her to meet him. But, being a supportive friend, he cheered her up by saying that her caption game seems to be improving.

Drashti's comment read, "5 by 5 rule .If it's not gonna matter .In 5 years , dnt spend .More than 5 minutes .Being upset by it . ❣️". To which Nakuul responded saying, "Caption game becoming stronger though. 😉" - (sic)

Also, Drashti responded saying, "hahahaha thanks to u!!!! Now meet me soon for stronger selfie game" -(sic). Well, we can't stop but adore these two for being such a cute best-friend duo. It isn't the first time that Nakuul has pulled Drashti's leg, and that too in an absolute funny manner.

Previously, when the duo had appeared on a reality chaat show, Nakuul told on camera that he doesn't want to see Drashti on his hit show Ishqbaaz. This came as a reaction to Drishti's desire to be a part of the superhit love saga if given a chance.

However, Nakuul later said that he doesn't want to work with Drashti, considering that professionalism would impact their friendship. Therefore, he said he would like to not work with her closely. 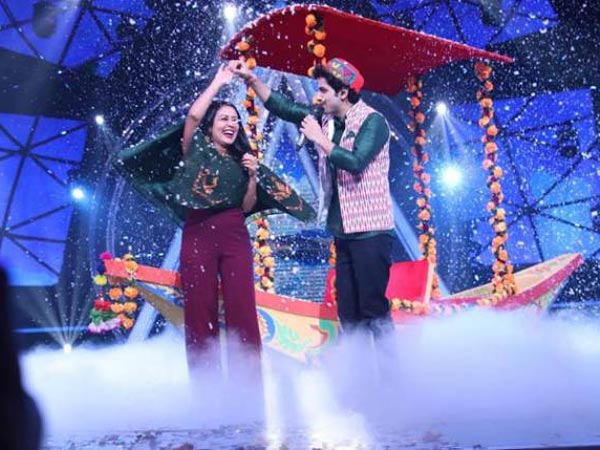 Also Read -Indian Idol 10: Neha Kakkar Gets Romantic On The Sets, Goes On A Boat Ride With A Contestant