Sumeet Vyas and Ekta Kaul finally got hitched in Jammu, yesterday, and we have some of the must-see pictures from their wedding for you! The couple got married in the presence of family and friends in the beautiful valley of Kashmir. What they wore for the wedding made them look nothing short of a royal couple! Ekta Kaul looked absolutely stunning in her maroon lehenga. Sumeet and Ekta's marriage is one of its kind, be it for the quirky wedding invite or the events that led to their coming together for life. Here's all you need to know about the new permanent roommates!

They Maintained A Low Profile

Ekta and Sumeet have successfully maintained a very low profile with respect to their personal lives. Until sometime back, none was even aware of their secret engagement. However, the couple looked ecstatic as they finally tied the knot yesterday (September 15, 2018).

Sumeet once told that when he and Ekta first met, she had no idea who he was. Apparently, when he told her about his famous character from the show Permanent Roommates, she looked least bothered. It was only later that she watched his shows, but refrained from saying much about it.

Sumeet Knew She Was The One

You would rather laugh at Sumeet's story of falling for Ekta. During one of the Holi parties, Sumeet couldn't ride his bike under the influence of bhang. It was Ekta who offered to ride him home and at that moment when he saw her ride his bullet, he knew he wanted to marry her!

He Saved Their Relationship From Falling Apart

While talking to Humans of Bombay Sumeet said, "All of a sudden she left for Jammu because she realized acting wasn't for her! I knew then that I wanted to do everything to make this work. I asked her to move back for our relationship-to give us a chance. Thankfully, she agreed."

"This year on my birthday, I popped the question! She was so happy, she had a childlike smile & I swear even though I gave her a ring, it's me who found the diamond!", the actor said as he gushed over his lady love! 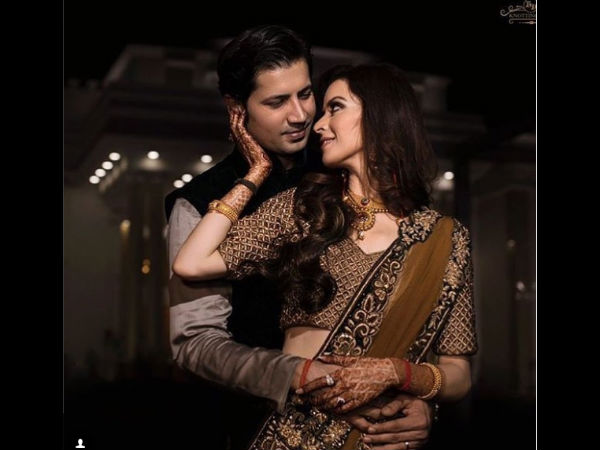