Asian Viewers Television Awards 2017 was held in London, recently (December 2). AVTA is the UK's only event dedicated to Asian television. It is known for its high-end production value, giving platform to the best talent being broadcast on Asian television in the UK.

Sharing a few video clippings from the awards ceremony, Nakuul Mehta wrote, "Couldn't have been a better night at the Asian Viewers Television Awards last evening in London."

"We took home the Best Actor, Best Actress (@officialsurbhic ) & Best Show ( @gulenaghmakhan @karishmajain92 ) awards. This honour is literally the physical embodiment of all the love you guys have embraced our show with. Thank you & I humbly share this with the entire cast & crew of #Ishqbaaaz."

"P.S.: Slightly longish acceptance speech but thankfully we aren't the Oscars and we don't care about the music and some things NEED to be said. #AVTA2017." (In picture: Drashti Dhami with Nakuul. Drashti presented Best Actress Award at AVTA 2017.)

Sharing a picture snapped with Drashti, Nakuul wrote, "To friendships like these ... ❤️🎖️@dhamidrashti."

Nakuul received Surbhi's award at AVTA 2017 event. Surbhi took to Twitter, "How i wish i could receive this beautiful trophy in person..but i had my courier milky english boy sent @NakuulMehta get it soonish..can't wait @avtaofficial."

Surbhi shared a video and wrote, "This is how the #Ishqbaaaz tag looked like for the #AVTA2017 results.That award belongs to you & you know who you are.The wait was definitely worthwhile.Thankyou @avtaofficial for you thought i deserve this.Grateful. @RajBaddhan @BizAsia for the spur updates.Missed being there."

Soap of the Year: Ishqbaaaz

General Entertainment Channel Of The Year: Star Plus

Music Channel of The Year:B4U Music 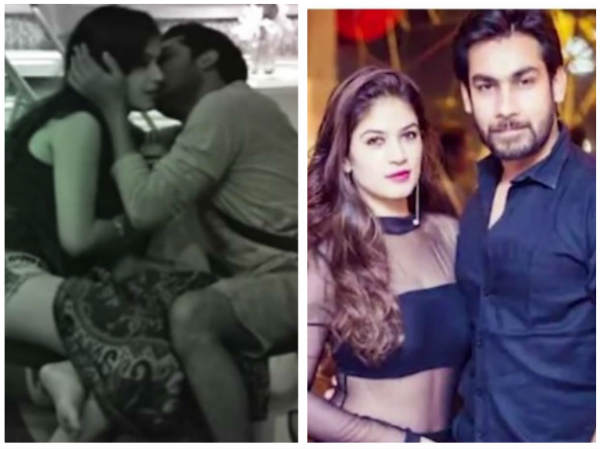 Bigg Boss 11: Bandgi Kalra Refutes Rumour Of Her Being Thrown Out Of House!