Actors Vatsal Sheth and Ishita Dutta tied the knot in a hush-hush ceremony at Gauranga Hall, ISKCON in Mumbai, today (November 28). The wedding was a close-knit affair and was attended by the families and the couple's close friends.

Vatsal wore a white sherwani while Ishita looked beautiful in a red saree. The couple were seen posing for the cameras.

Vatasl's show, Haasil producer, Siddharth was quoted by IE as saying, "We just attended the marriage and we are ecstatic with joy. Wishing the newlyweds a happy married life ahead."

Sharing a couple of pictures from the wedding, Siddharth wrote, "Happiness in our.hearts as my lil bro @vattyboy ties the knot today to the lovely @ishidutta so so happy for them ...love and bliss always."

Kajol and Ajay Devgn, who are close to Vatsal Sheth along with actress, Tanisha Mukherjee and her mother, Tanuja graced the wedding.

The marriage news came as a surprise as there was no buzz about it. Even Ishita didn't give a clue during the promotion of her upcoming film, Firangi.

Although they had signed no-dating contract, Vatsal and Ishita were dating while shooting the television series Rishton Ka Saudagar - Baazigar. 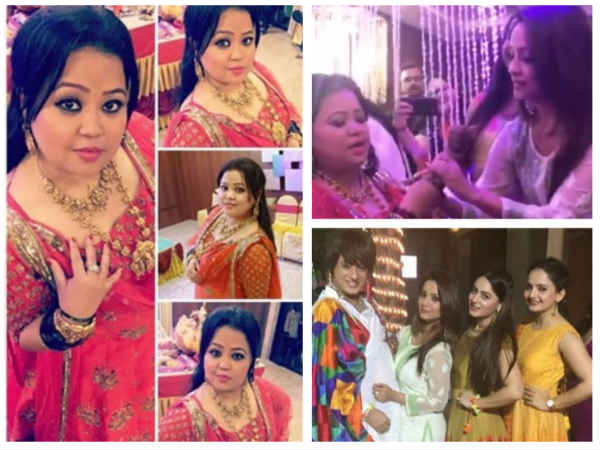