After Parul Chauhan-Chirag Thakkar, Raghu Ram-Natalie, Ishqbaaz and Pardes Mein Hai Mera Dil actress Additi Gupta got hitched today (December 12) to Kabir Chopra! A couple of days ago, the actress had recently hosted a bachelorette, mehendi and bridal shower, where her girl gang had a blast. Recently, the actress also hosted a cocktail party which was attended by her girl gang and other television actors like Shabbir Ahluwalia, Kanchi Singh, Arjun Bijlani to name a few.

Additi looked gorgeous in a cream-coloured traditional lehenga. The groom's dress complemented the bride's dress! During the varmala, Drashti and Rahul were seen teasing Additi.

Jeena shared picture snapped with her friends Rahul, Krystle, Pooja, Anita, Rahul, Diva Sana and captioned it as, "Ladki Wale." The girls had blast not only at the wedding but also at the bachelorette and cocktail parties.

Anita shared a few pictures and videos from the wedding, in which Kabir and Additi were seen performing the wedding rituals. The couple were seen posing for cameras as well! Don't they look super cute together?

The Gorgeous Ladies At The Wedding

Anita shared a picture snapped with Drashti. Both of them looked simply gorgeous in traditional attires. While Anita chose to wear a yellow-coloured dress, Drashti looked beautiful in a red sari.

Rahul With The Bride

Rahul Sharma, who is good friend to Additi, shared a picture snapped with the bride and wrote, "Today A Bride..Tomorrow A Wife..Forever My Best Friend @additigupta ❤️" 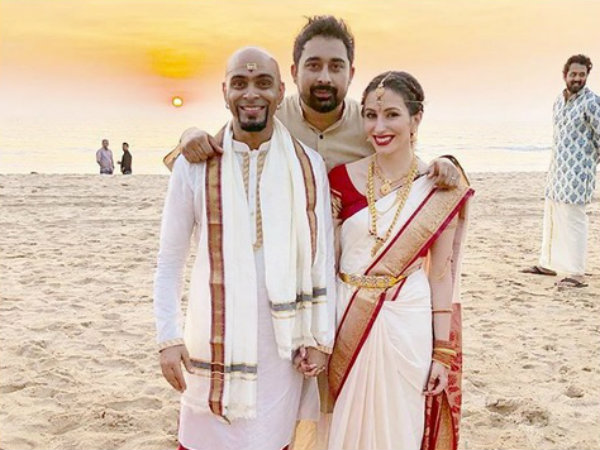