Bade Acche Lagte Hai actress Chahatt Khanna is on a sabbatical after she gave birth to two beautiful girls. A few months ago there were reports that all is not well between Chahatt and her husband Farhan Mirza. The actress confirmed about the separation and revealed that the reasons are personal to be disclosed. It was also said that she has filed for a divorce. But, their divorce track is taking another turn as her husband clarified that there is no divorce happening.

In an interview to Pinkvilla, Farhan opened up about the divorce. He clarified that there is no divorce happening, as he loves his family. He also feels that his wife is being instigated. Keep reading to know more on this.

When Was The Last Time Farhan Met Chahatt?

Farhan revealed to Pinkvilla the details of the last time he'd met his wife Chahatt. He said, "The last time I met my wife was on July 18, 2018, after spending the night over at her parent's place as she insisted on going to her parent's place for her birthday. Then directly after my family disappeared on September 9, post the high court petition."

Why Was He Seen In The Court?

When asked regarding him being seen in the court, he said, "I went to the court to find my family as I apprehended that someone has hold of my family or instigated my wife or she is in a problem, she can't walk out from."

Summons Were Stuck On The Door

When asked whether he has been forced into divorce or his wife has asked for one, Farhan told the entertainment portal, "Summons were stuck on the door of our home which had my wife's name on it. That's when I informed my close ones and I got a lawyer on board to safeguard my wife and my children & my interest."

He Says He Loves His Family!

"When my lawyers went to the police station with me, I was told by the lady senior to drop the matter & give a divorce or else the FIR would go through. To which, I completely denied saying I love my family & I shall not. No copy of complaint was shown until now."

“I Shall Wait For Them For Eternity”

When asked if the divorce happened, and about the details of his daughters' custody, he said, "We have two daughters. They are our children. We are a family. The question of custody doesn't arise as I am not willing to give up on my family ever. I shall wait for them for eternity. We are married under Islamic laws. We had a 'nikaah'. Yes, that makes me first custodian but the source of our children is my wife. As I mentioned we are a family." 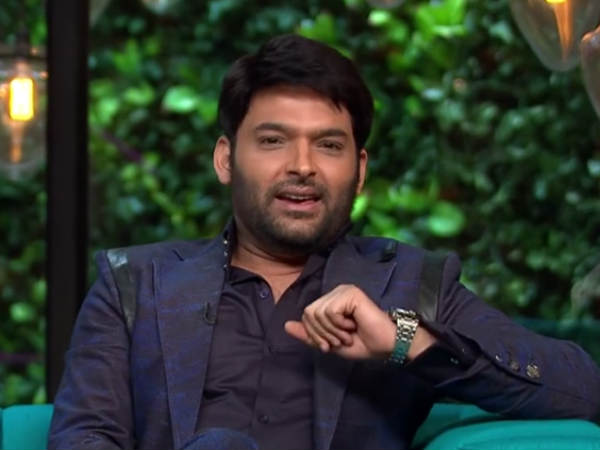 Kapil Sharma Says His Pictures In Which He Was Seen Unhealthy Were Edited!