Bigg Boss 12 is being followed by the former contestants. We have seen Gauhar Khan, Vindu Dara Singh and Shilpa Shinde commenting on Bigg Boss 12 contestants and the tasks. Vikas Gupta had even entered the Bigg Boss 12 house for a special task and gave feedback to the contestants. Recently, Shilpa supported Saba and Somi Khan. She called them real and felt that they are giving content to the show. Many fans supported her as well! But, the latest comment by Bandgi Kalra didn't go well with the fans!

Bandgi didn't like Dipika's performance during the recent luxury budget task - Samurdri Lootere - and she called her a worst performer!

Bandgi tweeted, "I think @ms_dipika was the worst performer of the task today. It was a very bad behaviour !! Not expected from you." - (sic). Well, this didn't go well with the fans, and within no time, she was trolled by the fans!

Fans felt Dipika is performing better than Bandgi. They trolled Bandgi for faking her romance with her inmate Puneesh Sharma. Bandgi later deleted her tweet, and revealed her favourite contestant of Bigg Boss 12. She wrote, "First ever tweet on BB12 : My personal favourites til date are •• Neha Pendse , Karanvir Bohra & Jasleen !! What they have in common is they look sorted , playing with dignity & calmness ❤️ @KVBohra @NehaPendse1 @ColorsTV." - (sic)

When one of the fans asked her, "Sorry ma'am... What expectations do uh have from her... She is Dipika and not Simar ... She is strong opinionated with the belief in the theroy of 'Tit for Tat'... Life is a circle so what goes around comes around...," for which Bandgi wrote, "Expecting nothing and doing worst is the personality of a weak person 👎🏻👎🏻👎🏻👎🏻." - (sic)

Looks like Bandgi forgot to delete this comment! She was not spared by trolls. One of the fans commented, "Not like u Jo ghar me rahne me liye gandigi falia rahi h ,#Deepika she is best person bigg boss ,even every is better than u ,Jo dirty kam Nahi karte ghar me rahne ke liye ,what u have done."

Fans Ask Her To Stand By What She Said, Remind Her Of Her Fake Romance!

Another user asked about her previous tweet, which she had deleted, "Wer is your tweet @BandgiK ??? Have some guts to stand by wat u said till the end." - (sic)

A user commented on Bandgi and Puneesh's romance and wrote, "According to your tweet @BandgiK you are also week personality you did nothing in biggboss11.@ms_dipike and her team mate played with grace.you did only bathroom s*x and kissing scene with puneesh and your tweet show your mentality how do you think??" - (sic) 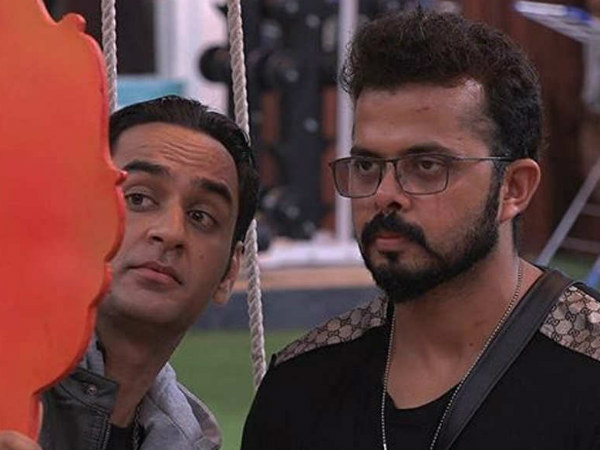 Vikas Gupta Reacts To Bigg Boss 12 Contestant Sreesanth's Comment; Asks Fans To Be Kind To Him!