The makers of Colors TV's show, Bepannaah are keeping the viewers engaged to the show. The content of the show and the lead actors' Jennifer Winget and Harshad Chopra, have impressed the viewers. The show has been getting a decent rating as well.

In the latest episode, we saw as to how Aditya saves Zoya (as she slit her wrist and tried to commit suicide). Aditya, who was against Zoya and wanted to hurt her for her husband's mistake, has a change of mind!

Aditya will be seen trying to make Zoya smile as she would be completely shattered because of her husband's mistake. Aditya doesn't want Zoya to hurt herself because of the other's (Yash) mistake.

Who Wants To Seize Zoya’s Company?

In the latest promo, we saw as to how Aditya's words impact Zoya and she stops from going back to Masoorie. She gets a grand welcome back into her office. But her happiness will be short-lived as few men enter the office and her office would be seized and sealed.

Aditya supports Zoya and we get to watch a mystery man in a car, who apparently is Kalpesh Virani, who (his family) will have a connection with Aditya and Zoya through their event management company.

Aditya & Zoya To Get Married!

Now, the makers has released a new promo in which Aditya and Zoya are seen taking pheras (getting married), while Apurva Agnihotri enters the scene with Mahi.

Apurva throws Aditya and Zoya's romantic pictures. Apurva promises to reveal the truth one by one, while Mahi says, 'Akri chaal hum chalege'! As Zoya and Aditya are getting married, Apurva reveals that Yash and Pooja weren't killed but murdered!

Did Aditya & Zoya Kill Their Partners?

Aditya Saves Zoya From The Goons!

Meanwhile, Mahi appoints a goon to threaten Zoya. A few goons try to attack Zoya and threaten her to leave Mumbai. But Aditya comes to her rescue! 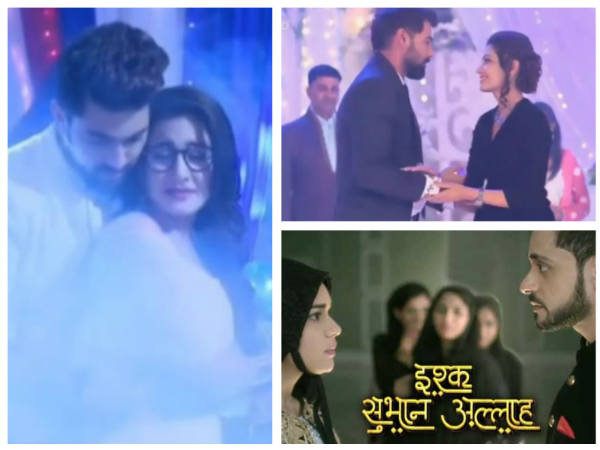