The makers of Bepannaah are keeping the viewers engaged to the show with the latest track. As the viewers are aware, Aditya is back and Arjun wants to celebrate his parent's anniversary. For the same, Aditya asks Zoya's help. Initially, she refuses to organise the party as she knows Anjana hates her and even her father doesn't want her to be in touch with the Hoodas. However, because of Aditya she agrees to arrange the party. While Zoya arranges for the party, Anjana and Mr Hooda try to throw Zoya out of the Hooda house!

Aditya and Zoya get closer while making arrangements. Here's what happens next.

According to the latest promo, Zoya will be seen asking Aditya about her importance in his life. While Zoya tells him that he is her closest friend, Aditya won't be able to reply! The duo are later seen separated by a roadblock.

Aditya Confesses His Love For Zoya

Post this, Zoya will be seen getting into trouble. She gets trapped in her car for hours and shouts for help. She loses her conscious, while Aditya tries to find her. He feels helpless as he won't be able to find her and breaks down. He confesses to himself that he is in love with Zoya! It has to be seen whether he will confess his love in front of Zoya or not.

Also according to the latest spoiler, Zoya and Aditya groove for a romantic number at the party. This doesn't go well with Anjana, who humiliates her. Aditya gets angry at Anjana and will be seen supporting Zoya. This upsets Anjana.

On the other hand, it is known that Aditya and Arjun have been trying to get in touch with Sakshi, who is kidnapped by Anjana. Aditya will also want Sakshi to attend his parent's anniversary.

Apparently, Anjana will plan and ask Sakshi to video call Aditya and Arjun. She will threaten Sakshi at gun point and asks her to speak normally with her sons. She asks Sakshi to behave like she is in the US and doesn't want to return to India or even stay in touch with them.

Did Anjana Kill Pooja For Betraying Her Son?

It has to be recalled that Anjana warns Sakshi about the consequences of going against her. She reminds her of Pooja's fate as she had betrayed her son (flash back of Pooja and Yash's accident is shown). So does this mean Anjana was behind Pooja and Yash's death?

Is there anyone who's trying to kill Zoya and who will rescue her? Will Aditya get to know that his mother has kidnapped Sakshi? To know the answers, stay locked to this space for the latest updates of the show. 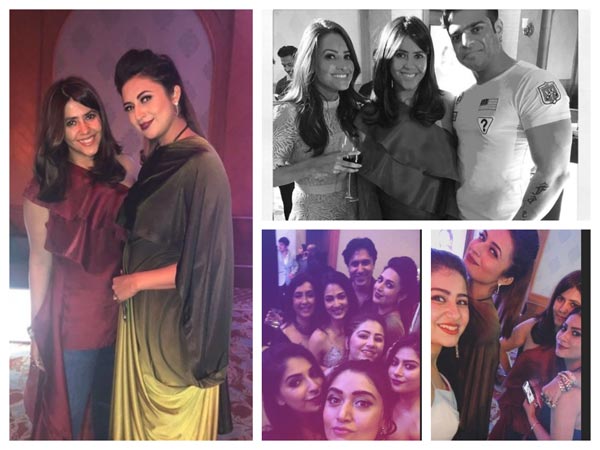