The makers of Bepannaah are keeping the viewers glued to the show with Yash and Pooja's murder mystery. Also, CBI officer Rajveer's entry has brought a new twist to the show.

After the courtroom drama, the viewers will witness another major drama. Here's what you can expect in the upcoming episodes.

As the viewers are aware, Rajveer was hell-bent on proving that Zoya and Aditya are behind Yash and Pooja's murder, but Aditya's father, Mr Hood ruins Rajveer's plan and saves Adi and Zoya. The family will be seen celebrating the victory (of case).

Apparently, Aditya's family will organise Eid party, and Zoya's family will also be invited. Zoya will be seen ignoring Aditya as her husband Yash was proved guilty by Adi's father (Mr Hooda puts all the blame on Yash to save Zoya and Adi).

At the party, Adi tries to cheer Zoya up. The couple will also be seen dancing. But their happiness will not last long, as Rajveer enters the party and kidnaps Zoya. According to the latest spoiler, Rajveer traps Zoya in a water tank, knowing the fact that she has breathing difficulties.

Spoiler 1: Adi Gets To Know Rajveer Is His Half Brother

It is being said that while Adi goes to save Zoya, he gets to know that Rajveer is his half brother. This will fill him with anger and disgust. Although Adi will save Zoya from Rajveer, Mr Hooda and Aditya will have a major showdown, and shockingly Adi will be seen supporting Rajveer!

Spoiler 2: Rajveer Places A Bomb In The House

According to another spoiler, apart from kidnapping Zoya, Rajveer will also place a bomb in the house, while the family is busy celebrating Eid. He will monitor everything through the CCTV cameras. On the other hand, Adi, Noor and Arjun join hands to save Zoya from Rajveer.

Adi ruins Rajveer's plan and saves both Zoya and family. It is yet to be known as to how he saves them on time.

Another spoiler suggests that when Adi gets into a fight with Rajveer, Zoya gets a gun. Now, Zoya had to choose either one of them - shoot Rajveer and save Aditya, or let her principles come her way. Adi manages to convince her to shoot Rajveer. After shooting Rajveer, Zoya will be seen blaming herself, while Adi consoles her. 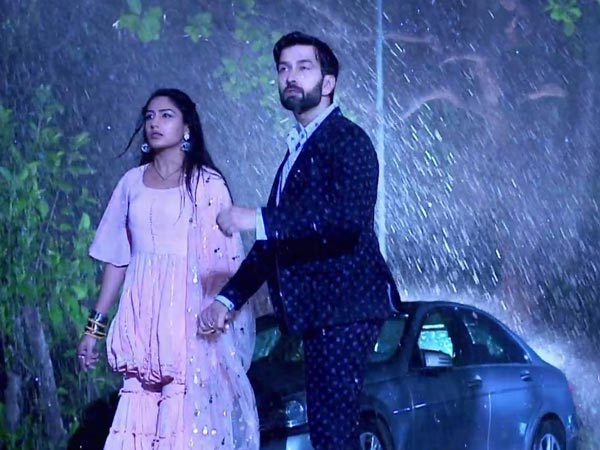