Bigg Boss 12 is inching towards the finale. During the weekend ka vaar episode, Simmba team Ranveer Singh, Sara Khan and Rohit Shetty graced the show. Somi Khan was eliminated from the house. It has to be recalled that Surbhi Rana has won the ticket to finale task. Now, only 6 contestants - Deepak Thakur, Romil Khan, Sreesanth, Dipika Kakar, Karanvir Bohra and Surbhi Rana are in the house, who will be fighting for the trophy.

The makers are trying their best to make the finale week interesting and, hence, the viewers will get to watch a few surprising things on the show. Also, since it's Christmas time, special guests will be entering the house with fun tasks. Check out to know what's in store in the upcoming episodes.

Urvashi Rautela enters the Bigg Boss house as Santa for the housemates and gives them gifts. Everyone is happy with the gift and are seen dancing with Urvashi.

All the six contestants - Deepak, Romil, Sreesanth, Dipika, Karanvir and Surbhi have been nominated for eviction, which will apparently happen in the mid-week. Apparently, the voting lines will close on Wednesday (December 26) at 10 pm. 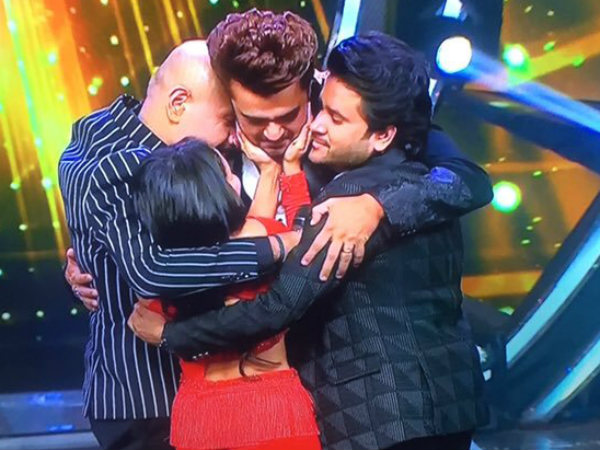 Most Read: Indian Idol 10 Was The Best Season Ever; Fans Are Already Missing The Show!