The bhajan samrat Anup Jalota shocked his fans by entering the Bigg Boss 12 house. Another shocker was when he announced that he was dating his partner, who is his student, Jasleen Matharu! Post this announcement, Jasleens father Kesar said that he would never accept their relationship! He was extremely upset with his daughter's decision. While many shocking statements have been made on Anup and Jasleen, here comes yet another shocking and bold revelations made by a model named Aneesha Singh Sharma, who claims that she was in an alleged affair with Anup!

In an interview on Indiascoops, Aneesha revealed that Jasleen was pregnant with Anup's child, last year. She learnt later that Jasleen had an abortion! Keep reading to know more.

Jasleen Was Pregnant With Anup's Child!

Aneesha said that the couple was having a massive fight over pregnancy. Jasleen claimed that it was because of Anup's carelessness, but he refuted it! A few days later, she learnt that she had an abortion!

Anup Felt Jasleen Was Cheating On Him; She Had Secret BF In The UK!

She added, "Anup told me he felt that Jasleen was cheating on him and that she had a secret boyfriend in the UK, a charge which Jasleen always denied. I was his punching bag. He used to share all his insecurities regarding his relationship with Jasleen and kept asking me what to do."

Anup Had Threatend To Kill The Model!

The report reveals, "Aneesha has alleged Jalota threatened to kill her if she went to the cops about their relationship. She has submitted a written complaint through her lawyer to the cops. The police are investigating the matter and have sent letters to Jalota's residence and even to the Bigg Boss house, asking the Bhajan maestro to join the investigation and appear before the investigating officer in person to record his statement."

Jasleen Wanted To Show Viewers That She Found Love In Bigg Boss!

The model also claimed that Anup and Jasleen had discussed about revealing their relationship status on the first day of the show. Apparently Jasleen was not in favour of revealing it on the first day. She wanted to show the viewers that the duo found love when on the show. But the makers had other plans. 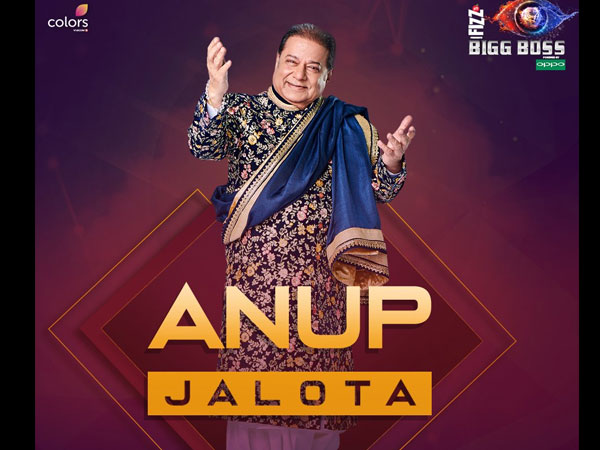 Anup Jalota Controversies: Did You Know Anup Was Married Thrice & He Was Accused Of Casting Couch?