Somi Khan entered the Bigg Boss 12 house along with her sister Saba Khan. They created havoc inside the house and many of them hated them for being so aggressive. Unfortunately, Saba got eliminated. In the house, Somi created headlines as she was linked to Deepak Thakur. Her relationship with Romi Choudhary was also questioned. Now that she has been eliminated, in interviews to various media portals, Somi revealed many things about the Bigg Boss house and also clarified her relationship that she shared with Deepak and Romil.

About her stint in Bigg Boss 12, Somi told IE, "It definitely feels horrible to be evicted just a week before the finals. But I am happy and proud to have come so far." Read on to know more!

Will Faking An Affair Win Votes?

As the viewers are aware, Deepak was quite vocal about his attraction towards Somi; when asked whether she ever wondered if faking an affair is a easy way to win votes, she told IE, "Not at all. It's not in my personality to fake. While the show is an important part, my world is outside the game. I knew my priorities and would have never stooped to that level to be in the show."

Somi On Her Bond With Romil

When asked about her feelings towards Romil, Somi said, "Be it in the house or otherwise, I have always supported my friends. After the Happy Club got dismantled, I realised Romil was very lonely. Also, from the time he sacrificed the opportunity of seeing his family's video for me, I formed a special connect with him. We share a very pure friendship. It's not necessary that every relationship has to be romantic."

Somi On Her Link-up With Deepak

Dipika Is Not Fake But Cunning Sometimes

"But the moment she got into tasks she used to get all aggressive. She behaved the opposite during tasks. This created a lot of confusion around her behaviour and we all felt that she was fake. However, the feedback that we are getting from outside and from the people who visited the house, it has become very clear that she is not faking. Though, she is cunning at times, but she is not a fake person."

Surbhi Is The Villain Of Bigg Boss House

When asked who the villain of the house is, she said, "Surbhi Rana has been the villain of the house. She has always crossed all the limits and gone all out to instigate people. She has herself accepted that she has gone beyond to provoke and instigate Sreesanth to get footage. She is not a bad person but her aggressive side is her biggest drawback."

Somi adds that she will be friends with Deepak, Surbhi, Romil and Karanvir Bohra as they shared a very close bond with them inside the house. 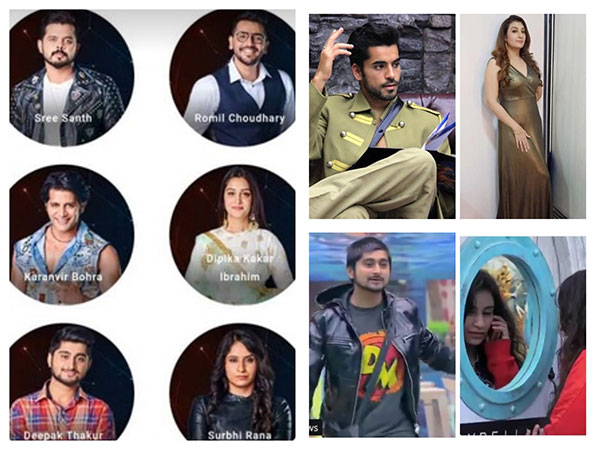