Devoleena Bhattacharjee became popular with her role of Gopi bahu from the show Saath Nibhana Saathiya. Post the show going off-air, the actress has been keeping her fans updated about herself on social media. She has been sharing a lot of pictures! Many of them were surprised with her bikini pictures, while many fans were impressed with her modern avatar. However, this didn't go well with a few of them, as they still seem to associate her with her on-screen character Gopi bahu that they do not want to see her in any other avatars!

In an interview with TOI, the actress revealed she is happy that people have started connecting with her as herself and not as Gopi!

“No Conscious Effort To Break The Image Of Gopi Bahu”

Devoleena was quoted by the leading daily as saying, "There has been no conscious effort to break the image of Gopi bahu, but now, I am happy that if 10 people in a crowd call me Gopi, the next five would address me as Devoleena. It often happens that when you play a character for many years, people forget that there is a real person behind the character."

Is Devoleena Worried About ‘Out Of Sight, Out Of Mind’?

Post Saathiya, the actress was seen in a special episode of Laal Ishq. She has not taken any long-term project yet. When asked whether she is worried about ‘out of sight, out of mind', she said, "Yes, it is true that if you are not visible on the screen, you may easily get lost in this big world. However, after a popular show like Saath Nibhaana Saathiya, I did not want to do something that will make my fans look down on me."

It has to be recalled that there were rumours of the actress joining an ongoing TV show, where she might be seen playing a character not so like her previous one. Regarding the same the actress told the leading daily, "That rumour spread like wildfire. Many of my fans even pleaded, saying I should not play the ‘other woman'."

"I feel that the character of Gopi bahu has left such a strong imprint, it is not easy for people to accept me in a role like that. Having said that, every actress wishes to do something new and experimental. So, I am hoping that I will strike the middle ground and find something interesting very soon."

She Was Never A Ghunghat Wali Bahu

Many fans might find it difficult to dissociate her from Gopi bahu, but the actress' has been sharing pictures in western outfits on her Instagram. When asked whether she is deliberately trying to break the image of a saree-clad bahu, the actress revealed that she was never a ‘ghunghat wali bahu' in real life!

“The Devoleena You See On Social Media Is The Real Me”

She says, "The Devoleena you see on social media is the real me. It's my personal zone. I was never a ghunghat wali bahu in real life. Tomorrow, even if I accept a role that's similar to Gopi, I would still wear gowns at a public event. I wonder why people make such a big issue of my modern avatar on social media." 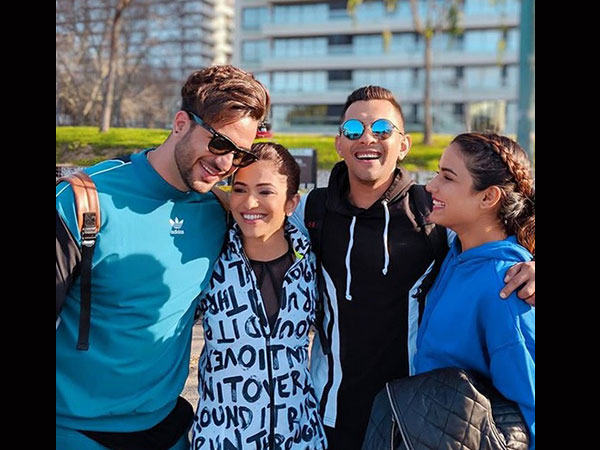