After Rubina Dilaik and Abhinav Shukla, another television couple, Ridheema Tiwari and Jaskaran Singh Gandhi got married yesterday (June 28, 2018), in a traditional Hindu ceremony at a suburban hotel in Mumbai. The couple first met on the sets of the television show, Do Dil Ek Jaan, in 2013 and became friends. Eventually, their friendship blossomed into love. The couple has been together since two years. It was Ridheema who popped the question a month ago to Jaskaran, who instantly said 'yes'!

The elated couple shared their wedding picture on social media. The bride looked beautiful in a pink and beige coloured lehenga with heavy jewellery, while Jaskaran complemented the bride perfectly in a pink sherwani and turban.

‘We Have Always Wanted To Get Married’

Talking about wedding, Jaskaran told TOI, "We have always wanted to get married, but never expected it to happen so fast. Actually, I wanted to concentrate on my restaurant business for some more time. However, a month back, Ridheema brought up the topic of marriage and we both felt that this would be the right time."

Ridheema Handled All The Arrangements

"She does not have too many projects on hand and so, we will get quality time together after marriage. Having said that, I didn't take Ridheema seriously, initially. It was only when she started the preparations that the reality started sinking in. She handled all the arrangements, including my outfit and accessories, alone."

The Actress Was Anxious Like Any Bride Would Be!

On the other hand, Ridheema said, "I was anxious like any bride would be. However, I am happy that I am married to the man I love. We always wanted a low-key wedding."

Interestingly, the groom too, applied mehendi. Jaskaran was quoted by TOI as saying, "I feel that both partners are equal and they should complement each other in everything. Since she applied the mehndi for me, I thought that it would be sweet to reciprocate the gesture."

The Ghulam actress says they have no plans for a honeymoon yet. They are happy that they are married and have started a new chapter in their life. 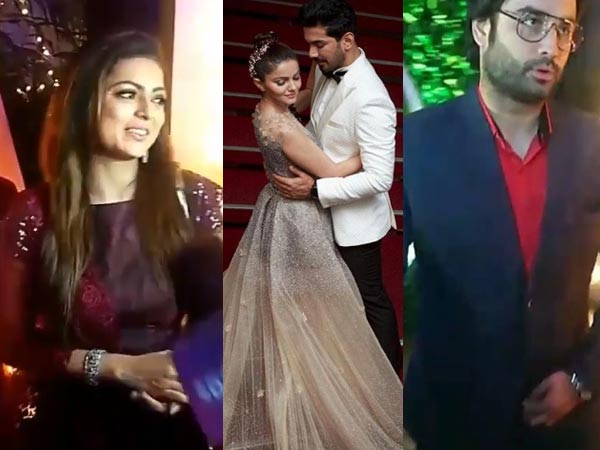