Colors' show, Bepannaah has been in news since its inception. The show features Jennifer Winget, Harshad Chopra, Sehban Azim and Namita Dubey in lead roles. The story revolves around two strangers - Aditya and Zoya, who are brought together by a mysterious accident (of their partners Pooja and Yash) that shakes the very roots of their foundation. The unique story and the amazing star cast have impressed the viewers. Recently, the show completed 100 episodes and the cast and crew of the show were seen celebrating.

Apparently, the team partied in Kanjurmarg. Take a look at the pictures that are doing the rounds on social media.

Harshad was quoted by India-forums as saying, "Actually, I can't understand if 100 episodes finished early or we didn't realize when did they. We saw an AV and looking at that we realized how much have we done after all."

Jennifer On The Show’s 100 Episodes Completion

Jennifer Winget was quoted by the entertainment portal as saying, "When you're having fun, time really flies and I think that's exactly what has happened. We finished 100 episodes so soon and it felt like we started yesterday and we are already 100 episodes into the show." (Image Source: Twitter)

"We Work With Such A Lovely Team"

"So I think it is really awesome and because we work with such a lovely team, who work tirelessly to make us look good, so a big thank you to everyone - writers, technicians, makeup guys to spot boys and everyone else."

Will The Show End After 160 Episodes?

According to reports, the show is supposed to be a limited series of around 160 episodes. So, does that mean the show will end after 60 episodes or will they extend it because of the fans' love for the show? As the viewers are aware, Aditya has fallen in love with Zoya and his brother Arjun has made him realise the same.

Aditya To Confess His Love For Zoya!

According to the latest promo, Aditya is all set to propose Zoya. While he confesses his love to Zoya, she gets shocked. Well, we are sure that her accepting the proposal will take time. But it has to be seen whether the makers end the story for the viewers to guess whether Zoya will accept Adi's love or not! 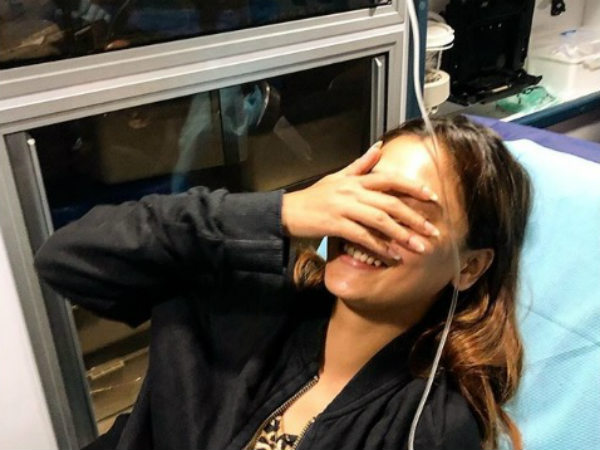 Sara Khan Rushed To Hospital On Her Birthday In Dubai!