The latest to join the #MeToo movement is Kasam actress Renee Dhyani. The actress, who was seen on popular shows like Yeh Teri Galiyan and Roadies, shared a traumatic incident at the wrap-up party of her character track in a TV show in Mumbai in 2016. She revealed how a leading male TV actor, who in front of his girlfriend and sister-in-law, got so high after being drunk that he asked her to s**k his d**k. She wanted to reveal the name of the actor but eventually decided against it!

She was quoted by HT as saying, "We all got drunk and were dancing. This guy [a leading male TV actor whose name Renee does not wish to disclose in print] was so high, he started posing and yelling in front of my face and saying 'suck'."

"What The H**L He Is Doing, Pointing At His Crotch"

"For one second, I was like 'what the h**l he is doing, pointing at his crotch'. The director of the show said 'Renee don't react'. I said I will not leave him like this. How dare he say a word like this in front of his girlfriend. Even his bhabhi [sister-in-law] was present. Everybody asked me to shut up. I was so hyper, and told him, 'Ask your girlfriend (to do this)'."

Renee Ended Up Her Friendship With Him

He was one of her best friends and post this incident, she ended her friendship with him. She added, "I want to take his name, but then I am not doing it because his father is not well. This will sc*** his happiness. Faaltu mein uske show ki TRP badh jaayegi."

His Poor Girlfriend Moved On!

She added that his behaviour was same with his second girlfriend, with whom he broke up recently. She said, "His poor girlfriend moved on...how abusive he is, how aggressive he is. Kya hota hai, bade-bade shows ke lead yeh ladke bante hain, maa-baap ke pair chhoote hain. People (viewers) don't know the reality."

"He tried to justify his actions by saying this is how friends behave. He didn't apologise to me. He called my boyfriend and said 'Renee is my friend'. But there's a difference between being friends, and asking someone to do this. The next day, on Facebook live I said jinko aap lead actors bolte hain, achha ladka aur pati bolte hain, yeh (aise) hain. Someone from the show asked me to delete it, saying it might harm your career. I didn't name him in that video. Now I think I shouldn't have deleted it." 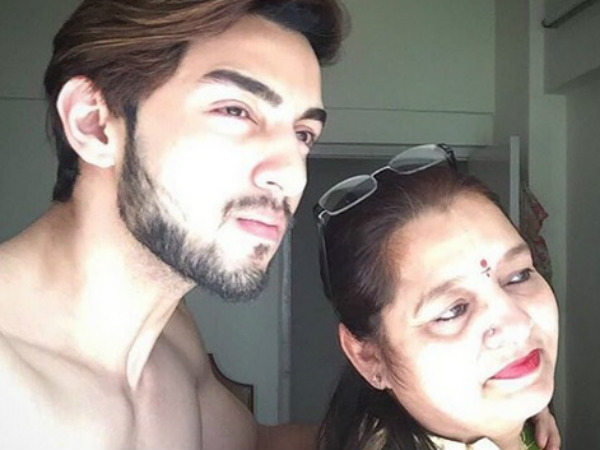 Most Read - BB 12: Rohit Suchanti's Mother Slams Sree; Gives Back To Those Who Questioned About His 'Kabiliyat'!