The much-awaited controversial reality show Bigg Boss 12 has been hitting the headlines since a long time. Salman Khan launched the show yesterday (September 4, 2018) in Goa. The actor, who is returning as the host of the show for the sixth time, revealed some interesting and quirky trivia! He had revealed that Shahrukh Khan was the original choice to host the show, but since he had a shoulder injury bothering him, the opportunity came to Salman. Since the show's theme is 'vichitra jodi', he was asked about his own 'vichitra jodi' and he'd named Sanjay Dutt and Shahrukh Khan.

It has to be recalled that there was a buzz surrounding that Katrina Kaif would be seen co-hosting the reality show. A source was quoted by Deccan Chronicle as saying, "Katrina Kaif's name is being considered for the co-host of Bigg Boss Season 12. She shares a fabulous equation with Salman and they make great television hosts together because she is the only actress who can make fun of Salman on screen, imitate him, and get away with it."

Salman Says Katrina Must Have Spread The Rumours Herself!

During media interaction, Salman was asked regarding the same. Well, his reply will definitely make you laugh! He said, "Katrina must have spread those rumours herself."

“What’s Your Price Is My Price!”

He further added, "She was asking me that this time it is Jodis? I said, ‘yes'. She said, ‘Then I should do it and when I asked why? She said, you do your impromptu thing and I will follow and stick to the script. When I asked her price for this? She said, ‘We will keep it equal, what's your price is my price!'"

The reality show will be aired on September 16, 2018. The makers haven't revealed the final list of the contestants yet and the speculations around the probable contestants' list are still doing the rounds! The makers surprised fans by introducing Bharti Singh and Harsh Limbachiyaa as the first jodi of the show. While Vibha and Puru Chibbar denied getting any call from the Bigg Boss 12 team, it is being said that Tina Dutta and Sreesanth were approached for the show too.

It is being said that Dipika Kakar and Karanvir Bohra will enter the house without their partners Shoaib Ibrahim and Teejay Sidhu. Apart from the above mentioned names, it is being said that Gurmeet Choudhary, Debina Bonnerjee, Ssumier Pasricha, Shaleen Bhanot and Scarlett Rose will be entering the house. 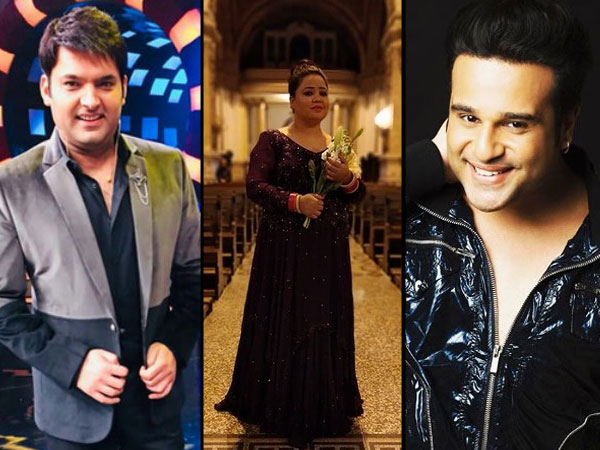 Is Kapil Sharma Teaming Up With Bharti Singh & Krushna Abhishek For A New Show?