Naagin 3, Dance Deewane and these TV shows are back on TOP in latest TRP Rating । FilmiBeat

The TRP/BARC ratings for the week 23 (June 2-June 8), 2018, are here. Two new shows, Naagin 3 and Dance Deewane have got Colors back to the top slot, pushing Zee TV and Star Plus to the second and the third places, respectively.

The new shows have pushed the old shows (Kumkum Bhagy, Kundali Bhagya, TMOC and YRKKH) down that have been topping the TRP charts since a long time. Yeh Hai Mohabbatein has seen a major drop in its ratings this week as well.

While Yeh Rishta Kya Kehlata Hai has occupied sixth place with 2.6 ratings, Yeh Hai Mohabbatein (which was at the 15th place, last week) has dropped down to the 19th place. The show has managed to get 1.3 TRP ratings.

Naagin 3 and Dance Deewane are new entries on the list. The shows have managed to get a bumper opening. Naagin 3 has got 4.9 ratings, while Dance Deewane has managed to get 3.4 ratings. Krishna Chali London is back at 14th spot (1.5 ratings). Aapke Aa Jane Se, Kya Haal Mr Paanchal and Jai Kanhaiya Laal Ki are out from the TRP chart. 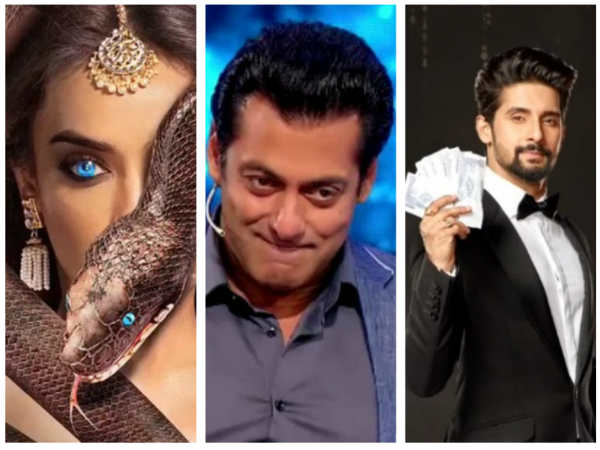 The Fate Of New Shows Are Out! Salman Khan's Dus Ka Dum Gets Lesser Ratings Than Bigg Boss!