Naagin makers were back with the season 3. The third season was launched on June 2, 2018. This time, the show had a new cast - Karishma Tanna, Anita Hassanandani, Rajat Tokas, Pearl V Puri and Surbhi Jyoti.

Fans were upset as they won't be able to watch their favourite naagins - Adaa Khan and Mouni Roy. There were also a few who felt Naagin 3 doesn't seem to be the best compared to the first two seasons.

All Eyes On Naagin 3

All eyes were on this week's TRP ratings, especially to know how Naagin 3 would fare on TRP Chart. Ekta Kapoor too, seemed nervous and made a series of tweets:

Ekta tweeted, "Tom d first ratings of NAAGIN 3 will come ! A whole new cast! Let's hope for d best JAI MATA DI." - (sic). She further wrote, "No story can ever change without knowing how d present is doing !!! Tom we will knowwww." - (sic)

Also, the first season took a few months to top the TRP chart. The show later managed to beat popular shows like Saath Nibhaana Saathiya and Kumkum Bhagya. But Naagin 3 has occupied the first place in the first week of its launch!

Ekta Kapoor wrote, "💃 Yayy, #Naagin3 gets 4.5 TRP. Fabbbbb 🙏." TV actor, Jay Bhanushaali wrote, "What a start congratulations to the team of #Naagin3 4.2 and 4.5 trp bigger than before this is huge never thought in today's time we can get 4+ cheers @ektaravikapoor @pearlvpuri @anitahasnandani." - (sic)

Anita Is Thankful To Ekta

Anita wrote, "It's amazing how, internationally, age is never a barrier when it comes to meaty roles in TV. Super proud that Indian television is opening up too. In a time where actors are in their teens and twenties, am really thankful to Ekta for trusting me with Naagin!" - (sic)

The Actress Thanks Fans For Their Love & Support

Tagging co-actors and team, Anita further wrote, "Ratings are here ... we open at 4.2 and 4.5. Thank you all for your love .... Thank you for supporting US... off course every week is a new struggle but we promise to give our best and work hard. #TeamBalaji #NAAGIN3." - (sic)

Pearl V Puri wrote, "There are many scripts that come your way , many narration's that blow your mind , and when you have an amalgamation of a brilliant script with an amazing narrator , the audience is in for a treat ." - (sic)

The Actor Thanks Ekta Kapoor

"Thank you @ektaravikapoor mam for bestowing such a great responsibility by trusting me for Mahir. I am ecstatic to be a part of the Naagin family . We will strive hard every week to entertain y'all and just keep showering the same love on us." - (sic)

‘Naagin Tops The TRPs & There Is No Other Joy Than This’

"Naagin tops the trps and there is no other joy than this for an actor when your show opens to 4.2 and 4.5 in regards to trps . Overwhelmed and now shall work harder to keep entertaining. "Fingers crossed" #pvp #mahir #nagin3 #love." - (sic) 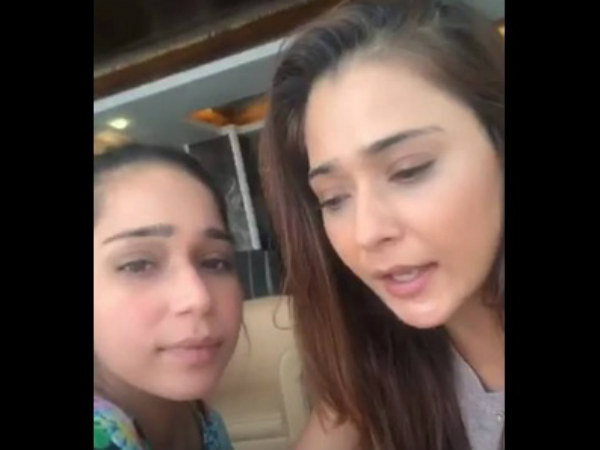