Kaun Banega Crorepati is one of the popular game shows on Sony TV. The show is hosted by Amitabh Bachchan. Last season (Season 10) was a big hit and was one of the top shows on the TRP chart. Recently, Big B shared a few pictures and announced that he will be back with the 11th season soon. The viewers were extremely happy with the announcement. Apart from commoners, many celebrity guests have graced the show. A particular video in which 12-year-old Sara Ali Khan is seen on the sets of Kaun Banega Crorepati is going viral and making fans nostalgic!

The video goes way back in 2005 that is during Kaun Banega Crorepati season 2 (that was aired on Star One). A special episode featured actor Saif Ali Khan and Preeti Zinta, who were seen on the hot seats, as Big B asked them questions. The duo was seen promoting one of their films. The actor was accompanied by his daughter Sara Ali Khan and a friend of hers.

Amitabh was also seen greeting little Sara and her friend. He even asked Sara if she can do 'adaab' and she gracefully obliged. Sara's cute and starry expressions after greeting Big B were just adorable.

Sara made her Bollywood debut last year and has been winning hearts with her simplicity and decency. Many of them commented on the video praising her parents for beautiful upbringing.

One of the users wrote, "Such a decent child. So well brought up. Wish everyone notices and try to bring up children in this manner," while another user wrote, "She was as graceful as she's now ..much love to sara💕💕." - (sic) 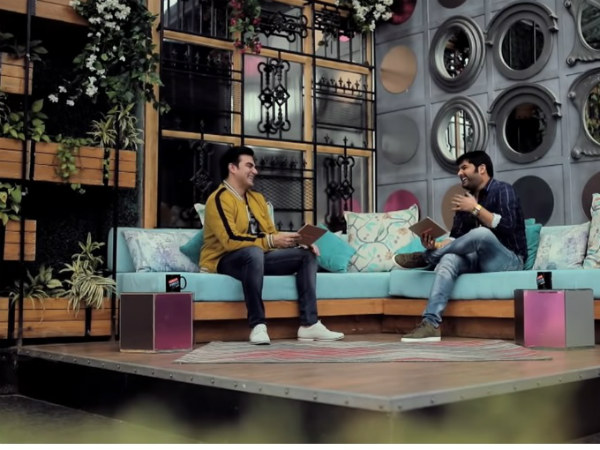 Most Read: Did Kapil Sharma Just Accept That He Was 'Drunk' When He Tweeted To PM Modi On Arbaaz's Show?