After Vivian Dsena-Vahbiz Dorabjee, Avinash Sachdev-Shalmalee Desai, Ridhi Dogra-Raqesh Bapat, yet another television couple - Alok Narula and Anshu Malik, has decided to part ways! Anshu and Alok tied the knot in December 2015. Their dream wedding was attended by television's big stars - Divyanka Tripathi, Karan Patel, Anita Hassanandini and others. Unfortunately, after three years of their marriage, the couple has apparently decided to end their relationship due to compatibility issues. They will be taking the legal route soon.

A source close to the couple was quoted by BT as saying, "Alok and Anshu were good friends, who tied the knot following a year-and-a-half of courtship. Everything seemed fine in the beginning."

"However, problems cropped up almost a year ago. They lacked understanding and compatibility, and their perspective towards life is drastically different."

They Tried To Work On Their Marriage For Themselves & Family!

"Sadly, it's only after marriage and staying together that they realised that they were incompatible. Alok and Anshu tried to work on their marriage, at first for themselves and then at the behest of their families, but it wasn't meant to be. They have decided to part ways amicably than drag the relationship on."

The Couple Will Soon File For Divorce

The source further added, "Anshu is dividing her time between her mother and Alok. She mostly stays with her mother now. They haven't decided on a date, but will soon file for divorce. In the end, they realised that they were better off as friends than spouses."

Although Alok didn't confirm the report, Anshu who is currently seen on Vighnaharta Ganesha told BT, "We are on cordial terms, and have mutually taken this decision due to compatibility issues." 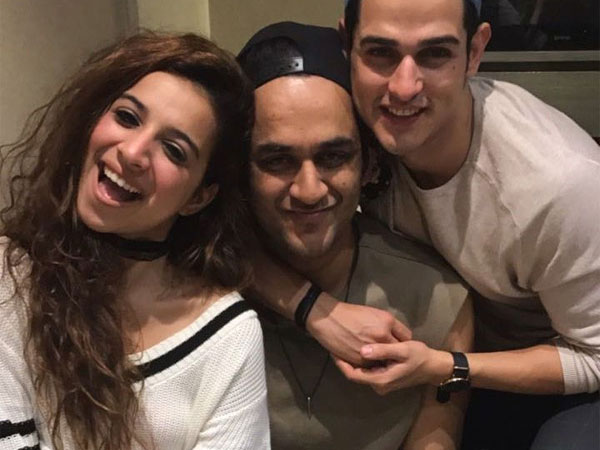 Most Read: SHOCKING! Priyank Sharma & Vikas Gupta Had A BIG FIGHT In A 5-Star Hotel Before Awards Event!