Deepika Padukone Has This To Say About Chhapaak Not Earning Big Bucks At Box Office!
View Sample
For Quick Alerts
ALLOW NOTIFICATIONS
For Daily Alerts
Videos

The nomination list for the sixth annual Asian Viewers Television Awards (AVTA), UK's only event to celebrate the success of Asian television, is here. Popular actors Harshad Chopda, Jennifer Winget, Parth Samthaan, Erica Fernandes and others have been nominated for this year's award. It is also being said that Ishqbaaz actor Kunal Jaisingh and his wife-actress Bharati Kumar will grace the ceremony.

The Reality Show Of The Year

For ‘The Reality Show of the Year', Colors' controversial show, Bigg Boss, Star Plus' dance reality shows - Dance Plus and Nach Baliye have been nominated.

The Soap Of The Year

For the ‘Soap Of The Year' category, Colors' show - Bepannaah, Star Plus' shows - Kasautii Zindagii Kay 2 and Yeh Rishta Kya Kehlata Hai have been nominated for AVTA 2019.

The Male & Female Actor Of The Year

For the category of ‘The Female and Male Actor Of The Year' - Colors' show Bepannaah actors - Harshad Chopda and Jennifer Winget, Star Plus' Kasautii Zindagii Kay 2's Parth Samthaan and Erica Fernandes and Yeh Rishta Kya Kehlata Hai's Mohsin Khan and Shivangi Joshi, have been nominated. 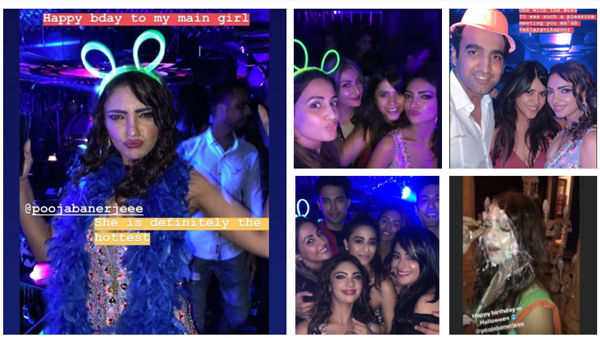