Iss Pyaar Ko Kya Naam Doon was one of the most loved shows on Star Plus. The show had Sanaya Irani and Barun Sobti playing the roles of Khushi Kumari Gupta and Arnav Singh Raizada. Khushi and Arnav's chemistry was loved by the fans. It has to be recalled that the show went off air after Barun left. There was controversy surrounding Barun leaving the show as well as he left the show for film. Many bashed Gul and Sanaya as they didn't stop Barun and few even felt that Gul was the reason for him to leave. Also, Barun was bashed that he left the show for film.

Back in 2012, in the interview with Gul, both Sanaya and Barun (separate interviews) spoke about the show, funny incidents on the show and about Barun's controversy. Take a look!

Gul Reveals Channel Was Not Okay With Dori Sequence

In the interview, Barun revealed that they shot 'dori' sequence so many times. Gul even adds that her favourite scene was 'dori scene', which also became controversial scene as channel thought it (hero opening dori) was too much. Gul made them understand that the hero's character is such that he is walking borderline positive and negative. (Image: Snapshot from YouTube video)

Gul also recalled as to how Barun used to open the dori and he and Sanaya would start laughing. Barun revealed that he felt bad that Sanaya was crying through the scene and literally she had glycerine for 8-12 hours every day for that scene.

Sanaya Recalls The First Time Gul Shouted At Her

Sanaya recalled how Gul shouted at her (fashion show sequence) for the first time. Gul had asked Sanaya not to laugh, not to make fun, to be serious while doing the scene as well as after the scene. Sanaya added that after that she respected Gul more. (Image: Snapshot from YouTube video)

In the interview with Sanaya, Gul revealed that she was under pressure as she was not getting an actress for Khushi and everyone were so convinced that she should not look into audition as Sanaya looked South Bombay and they had even said that Sanaya Irani cannot be Khushi.

Everyone Had Said Sanaya Cannot Be Khushi!

But after Gul saw Sanaya's audition, she said, "She (Sanaya) is so pretty." She added that Sanaya looked so good in the Indian outfit. It was then she told everyone that "I am so calling Sanaya back."

Gul recalls that every time Barun came close to Sanaya, she giggled and in the beginning their chemistry was off. Sanaya agrees and tells Gul that Barun was very reserved and she couldn't get him initially. Gul also recalled as to how both Barun and Sanaya were uncomfortable doing the ‘dori scene'.

Sanaya Reveals How They Cracked Jokes When They Were Stressed Out

Sanaya remembers the pool side scene, when Barun tried to kiss her and she wasn't comfortable. She had told Barun about it and wanted to get it right just once. And shot the scene only once. Sanaya even revealed how she and Barun used to crack jokes when they get stressed out.

Gul remembers how controversy started as people started bashing her as they felt that Gul had asked Barun to leave. Sanaya then reveals that she had even clarified that the show is not just about Gul, Sanaya and Barun, as 150 people work on the sets who make money out of that and it's not fair that something should happen to the show because of an issue. Then people started bashing her and writing that Sanaya cares only about money. It was then she stopped clarifying to people. 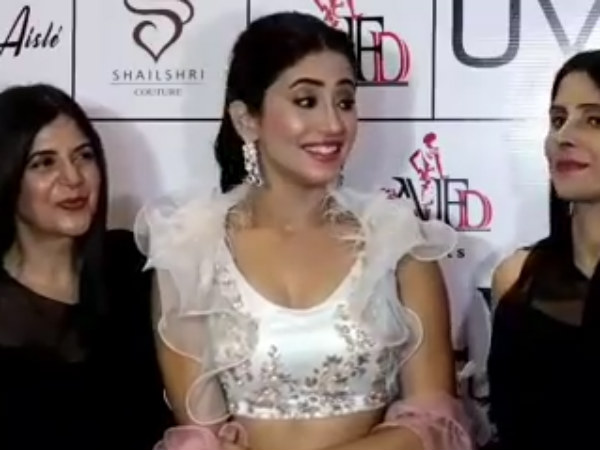 Most Read: Shivangi Joshi Gives EPIC Reply To A Reporter Who Asked About Her Relationship Status With Mohsin!