While stars like Shabbir Ahluwalia and Vivian Dsena have been ruling the television industry since a long time, a few actors like Shaheer Sheikh and Karan V Grover made their comeback with new shows and picked the pace. As we inch towards the end of 2019, we have compiled a list of actors who left an incredible impression on our mind with their power-packed performances on television. Take a look!

Pearl V Puri continued to impress viewers with his role of Mahir in Naagin 3. His chemistry with Surbhi Jyoti was loved by fans. After Naagin 3 ended, he bagged Bepanah Pyaarr, in which he is paired opposite Ishita Dutta.

Parth Samthaan, who is known for his role of Manik in Kaisi Yeh Yaariyan, made comeback on television with Ekta Kapoor's reboot version of Kasautii Zindagii Kay 2. His fantastic transformation from lover boy look (Manik) to intense role (Mr Anurag Basu) gained appreciation from viewers.

The handsome hunk, Karan Singh Grover, who is known for his show Qubool Hai, shifted to Bollywood. He made his comeback after a long time to small screen with Ekta's show Kasautii Zindagii Kay 2. Fans loved him in different avatar (salt and pepper look). His exit from the show upset the fans, and they are looking forward for his re-entry on the show.

Mohsin Khan continues to rule viewers' heart with his role of Kartik that he plays in the show Yeh Rishta Kya Kehlata Hai. His cute looks and caring nature towards his on-screen wife Naira (Shivangi Joshi) on the show is loved by fans.

Shaheer Sheikh, who was seen in the historic show Dastaan-E-Ishq, in which he was seen as Salim, impressed fans with silky long mane, intense voice and lover boy image in Yeh Rishtey Hain Pyaar Ke.

Dheeraj Dhoopar is another actor who ruled 2019. All thanks to the show Kundali Bhagya in which he is seen as Casanova cricketer Karan Luthra. The show is gaining him a dedicated fan base and making him into a household name.

The handsome actor Karan V Grover is known for his excellent acting skills. Currently, he is seen in Kahaan Hum Kahaan Tum, in which he plays the role of a doctor (Dr Rohit Sippy). The actor's cute looks and funny dialogues on the show are loved by the audiences. 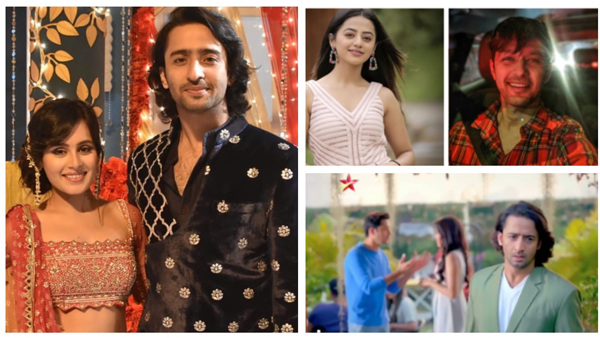