Ever since Jennifer Winget announced her return to Beyhadh for the second edition, the speculations regarding the male lead are doing the rounds. As per the latest report, Khatron Ke Khiladi 10 contestant and Internet Wala Love actor Shivin Narang has been finalised to romance the gorgeous actress on the show. The actor has also confirmed the same and is extremely happy to share screen space with her.

During a media interaction, Shivin said that he is quite selective about his projects and doesn't take up a show unless the storyline and the concept resonate with him.

Shivin Is Happy To Share Screen Space With Jennifer!

The first edition of Beyhadh was driven by Jennifer's role Maya. When asked if he felt apprehensive about being overshadowed by the same, he told an entertainment portal, "She is a fine actress and I am happy about sharing screen space with her."

Shivin Reveals Why He Agreed To Do Beyhadh 2

He further added, "When I heard the story, it never felt even for a second that the narrative is driven by one character. It's also about how well an actor performs to establish himself. I don't do shows in which heroes don't contribute to the drama."

Why The Actor Chose Beyhadh 2 Over Bigg Boss 13

It has to be recalled that Shivin was considered for Colors' controversial reality show Bigg Boss 13. But the actor chose Beyhadh 2. As to why he didn't take up Bigg Boss 13, the actor revealed that he wasn't mentally and emotionally prepared for the show; and also he didn't want to be away from his family because of his father's medical condition.

On the other hand, Ishqbaaz's director Lalit Mohan has bagged Beyhadh 2. Talking about the pressure of directing the show whose first instalment was a hit, Lalit told India-forum, "I don't feel the pressure of last installment of Beyhadh's success, rather I'm focusing and putting all my energy on Beyhadh 2."

Who Is The Second Hero?

Are you upset as your favourite Harshad is not roped in opposite Jennifer? Hit the comment box to share your views. 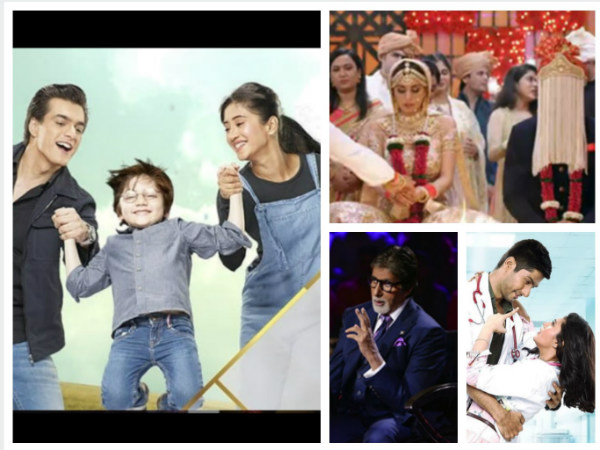