Jennifer Winget had set a new benchmark by playing a negative role Maya in Sony TV's show Beyhadh. The actress impressed viewers with her amazing looks and acting skills on the show. The makers of the show are now coming up with the second season. Recently, they released new promo in which Maya promised to start a new Mahabharat.

In the promo, Maya can be seen sitting inside a car and talking to an idol of Lord Krishna. It's pouring heavily outside, and angry Maya tells Lord Krishna that he was there when Arjun and Draupadi needed him. She then goes on to ask where he was when she was losing every battle of her life.

Maya To Star A New Mahabharat

She continues, "Aapko kya laga, aap nahi ayenge to Mahabharat nahi hongi? (What do you think, if you will not come there will be no Mahabharat?)" She smiles wickedly as sees a man walking on the streets and starts her car. And then the background voice says, "Pyaar ki hadh hoti hai, nafrat ki nahi."

With the new promo, the makers announced the premiere date. Sony TV shared the video and captioned it, "A new Mahabharat will commence when the ones who wronged her will have to face her righteous fury. Watch #MayaAgain in #Beyhadh2, starting 2nd December, Mon-Fri at 9 PM @jenniferwinget1." - (sic)

The makers also shared BTS video in which Jennifer was seen preparing for the promo, especially the aerial yoga. Jennifer says that they will try to show the aerial yoga on the show as well. The director Vijay Maurya also revealed how passionate Jennifer is about her work. He added that she hurt her nails while shooting for the second promo.

Sony TV shared the video and wrote, "#Beyhadh2 @jenniferwinget1 is as extremely passionate behind the scenes as she is in #Beyhadh2! Watch her as #MayaAgain in a revengeful avatar from December 2, Mon-Fri at 9pm." - (sic)

A new Mahabharat will commence when the ones who wronged her will have to face her righteous fury. Watch #MayaAgain in #Beyhadh2, starting 2nd December, Mon-Fri at 9 PM @jenniferwinget1

A post shared by Sony Entertainment Television (@sonytvofficial) on Nov 12, 2019 at 5:04am PST

@jenniferwinget1 is as extremely passionate behind the scenes as she is in #Beyhadh2! Watch her as #MayaAgain in a revengeful avatar from December 2, Mon-Fri at 9pm 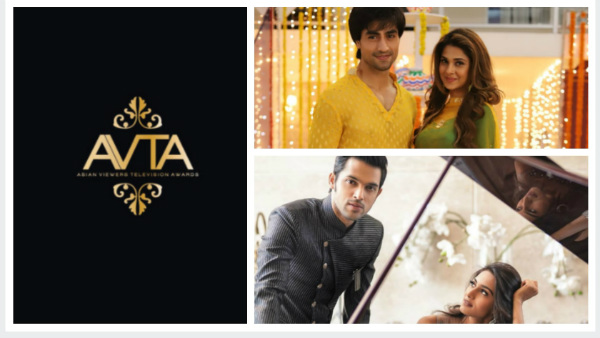