The audience have been eagerly waiting for Beyhadh 2 ever since the makers announced it. Finally, the day is here! The show that stars Jennifer Winget, Shivin Narang and Ashish Chowdhry in the lead roles, premiered today (December 2). As revealed by Jennifer aka Maya, the show is all about revenge. Read on to know what the show has to offer!

Let us tell you that the second season doesn't have any connection with the first edition. It starts with the introduction to Maya (Jennifer), who is all set to begin her new life. The scene then shifts to the introduction to the MJ's (Ashish) family whose younger son (Rajat Verma) is attached to him while the elder son (Shivin Narang) hates him. Also, dadi too is not found of MJ. The reason for the same is not shown.

As shown in the promo, Maya saves MJ's younger son from getting drowned. On the other hand, she fights with MJ's elder son (who runs the publication company) as he publishes wrong article on her (she is shown as the best selling author). Later, it is shown it is she who had trapped MJ's sons.

Jennifer Winget Is Back With A Bang

All actors have preformed their best, but it's Jennifer, who steals the show. It won't be wrong if we say she owns the show. All we can say is that Jennifer Winget is back with a bang!

Fans Gives Thumbs Up To The Show; Beyhadh 2 Trending

Fans are all praise for the actors (especially Jennifer). From Ashish's salt and pepper look to Jennifer's bold avatar, viewers are impressed with the actors looks. The show is already trending on Twitter. Take a look at a few comments!

Shanaya: Watched the first episode of #Beyhadh2. What a brilliant performance @jenwinget !!! 😍🔥 I have no ward to describe... Hat's off you 🙌❤️.

Neha Jain: Wohooo #Beyhadh2 is trending💃💃💃 Power of Jennifer Winget🙌 Queen is ruling and how😊 She came back with a bang. #Beyhadh2 #MayaAgain #JenniferWinget #WelcomeMaya.

Naveena: I am not exaggerating when i say "JW nevers fails to impress".What a terrific performer..🔥 A good episode.. waiting for the story to unfold... #Beyhadh2.

SagarVerma0314: My flawless queen. @jenwinget , you're phenomenal and your expressions and acting skills are par excellence. So happy for #Beyhadh2 welcome back queen #MayaAgain #JenniferWinget 🌊👸🌕❤️😘👑🌹

"Finallyyyy Jen was On-screen and Woww!! Whattay kickass start 🔥 @jenwinget you bomb 😍♥️ you killed it. But oh it was too short. Can't wait for tomorrow's epi. #Beyhadh2 #MayaAgain."

"Hatsoff to ur acting..ur eyes says it all..u dnt even requir dialogues fr screen presence..d pain hatred agony d extreme urge of revenge..is vivud in ur eyes..i wonder hw its possibl to potray a mixture of emotions to such extnt #MayaJaiSingh u rule!🙏😭😭💔 @jenwinget. #Beyhadh2." 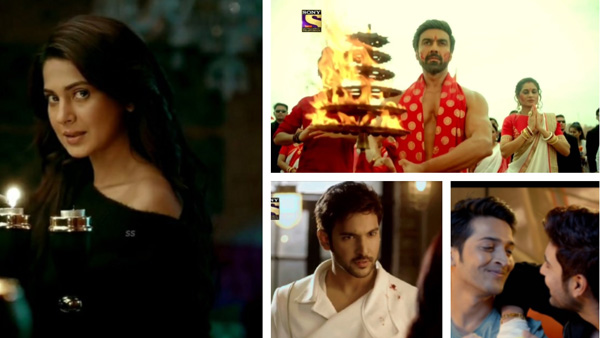