We brought a throwback interview, in which Naagin 3 actor Pearl V Puri had revealed about his struggle of becoming an actor. He had revealed that his parents had stopped talking to him while he struggled in Mumbai. His father didn't want him to pursue acting. Similar case is with Bhabhiji Ghar Par Hain actor Aasif Sheikh. The actor, who became a household name with his role Vibhuti Narayan Mishra on the show, revealed to TOI that his father almost disowned him as Aasif wanted to become an actor. The actor didn't have money or shelter and had to sell off the only gold chain that he had to survive in the city. Read on to know more!

Aasif told the leading daily, "My father had almost disowned me when I told him I would like to pursue a career in theatre. He was disappointed with my career choice and felt that theatre isn't a career."

The Actor Didn’t Have Money Or Shelter

He further added, "The journey was filled with roadblocks as I wasn't from an influential family. I had quite a tough time settling in this city as I had no money and no shelter to depend on. I had to sell off the only gold chain that I had with me to survive in the city. For the longest time I didn't have money to buy food for survival and survived on noodles for weeks after weeks. Those days taught me a lot about life and reality."

Aasif started off with theatre. He worked as a theatre help in plays and essayed extremely small roles. He revealed, "I was barely 18 when I started working for my first show. I remember how nervous I was about auditioning for the role and I almost ran away from the studio."

"It was quite a surprise to me that I got selected. This show made me pave my way into the industry and thereafter there was no looking back. With the success, my father accepted my career and welcomed me with open arms. These formative days were the toughest of my career." 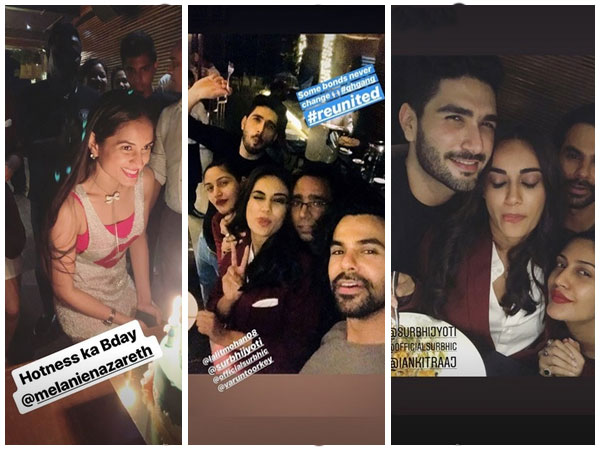