Himanshi Khurana, who is known as 'Punjab ki Aishwarya', entered the Bigg Boss 13 house as a wild card contestant. She is known to be the rival of our 'Punjab ki Katrina' Shehnaz Gill. Ever since she entered the Bigg Boss house, Shehnaz's behaviour changed. Even host Salman Khan asked the duo to sort out the issues between them. Meanwhile, on social media, Himanshi and Sana's fan clubs have been indulging in an ugly war. Recently, Himanshi's manager issued a statement saying people are using cheap tactics to defame the actress. Well, read on to know what exactly is she talking about!

Did Himanshi Khurana Defame Bigg Boss In Her Comment?

Apparently, a screenshot of Himanshi's 'comment' has gone viral on social media in which the actress had 'defamed' Bigg Boss 13. Himanshi's manager clarified that the screenshot was fake.

The alleged fake screenshot read, "@iamhimanshikhurana @punjabi_kalol haha mainu khnde apna relationship nu laike serious o...j koi psnd as gya ghr ch . ..... .trp lai j kuch v krn nu keha krna pau j na kita to double penalty bhrni pau ...sara nu khnde lesbian bn k act krna oda rehna pau .....big boss nalo izzat di roti chngi ........... ". (They asked me to get serious about a relationship with anyone I develop liking for inside the house... will have to do whatever is asked to help boost TRPs and if not, will have to pay double the penalty.. everyone is told to act like lesbians to stay in the show. I would choose dignity over Bigg Boss.)"

Bigg Boss fans were shocked after reading Himanshi's comment against the show. This didn't go well with the show's ardent fans. Apparently, one of the fan clubs had shared the same on its social media handles.

The statement read, "There is a screenshot doing round claiming @iamhimanshikhurana said some wrong words regarding Bigg Boss before entering the show. How come it is possible that a person will say harsh words when she is already in talks with the makers of the same show. It's a fake screenshot people are using to defame her."

‘This Is Only An Entertainment Show’

"If u r a fan of another person that doesn't mean u have to degrade her competitor to raise ur favorite person high. This is only an entertainment show, enjoy that with full heart. There are many other things which I want to clear out but for the time only doing this Bcz this is now getting over." 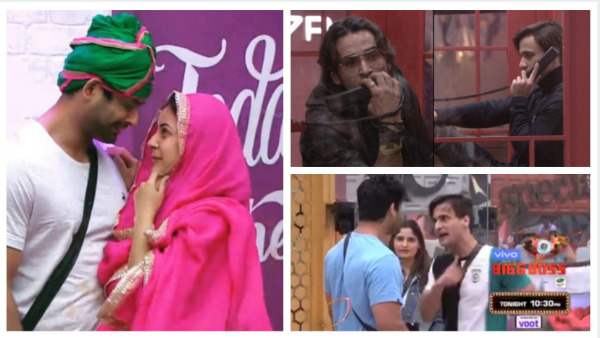