It has to be recalled that Bigg Boss host Salman Khan had told in the Weekend Ka Vaar episode that everyone is targeting Siddharth Shukla and it seemed that he (Sid) is running the show. Still, things seem to have not changed in the Bigg Boss 13 house, as yet again Devoleena was seen targeting Siddharth for kitchen duties. She was irritated as she felt Sid was not doing any work. The actress was seen shouting at the top of her voice and complaining about the same to Shefali Jariwala, who is the captain, and other housemates. She not only sat with Sid and irritated him, but was also seen hurling abuses at him.

In the recent episode, Devo told viewers to see the real side of Sid and termed him 'magarmaach'. It also seemed like she was 'telling' this to Salman as well since the host is known to have supported Sid. Her frustration didn't end there; she went on to vent out her anger in the bathroom. While talking to Rashami, Devo called Sid 'kutta, kamina and haramkhor' and more which were beeped! Her abusive words didn't go down well with Bigg Boss fans, who took the opportunity to troll her on social media. They were irritated with her behaviour and called her 'chudail' and 'Manjulika' (think Bhool Bhulaiyaa).

"In yesterday's episode #DevoleenaBhattacharjee was quite irritating... Having a argument with #SiddharthShukla unnecessary and crying later on is not a entertainment... #BiggBoss13 #BB13 @BiggBoss #WeSupportSidShukla."

"The worst part is that #Dumboleena can't control her anger while preparing food! If the HMs will eat this kind of food, you can imagine what will be the energy in the house like? IT'S A SIN TO BE ANGRY WHILE COOKING FOR SOMEONE!"

"Bit of advice. Your annoying childish behaviour won't win over the audience. Asim is right you are a devil. 😂#Dumboleena @ColorsTV @sidharth_shukla @biggboss."

"#Dumboleena used so much energy in smiling for #SiddharthShukla n then she failed to instigate him n get frustrated herself... Chaaku dikha rhi viewers n maybe to @BeingSalmanKhan too.. Ye to masla hai re baba...Bach k rho Sid isse... Koi vivo caller alert kr do yaar sid ko plz..."

"Why did #Devoleena do all this today? She embarrassed herself. Or she knows quarreling with #SidharthShukla is the only way to get limelight. And then she started crying in the bathroom 😂. #SidharthaShukla #SiddharthShukla #BigBoss13 #AsimRiaz #Dumboleena #AsimRiyaz #BiggBoss13." 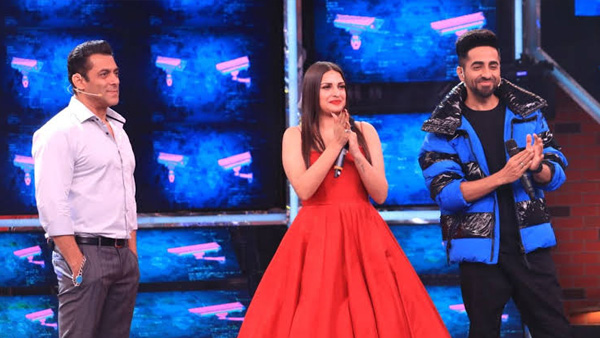