Recently, Devoleena Bhattacharjee exited Bigg Boss 13 house due to her back injury. Her inmate Dalljiet Kaur, who was evicted, visited Devoleena. During her visit, the duo took pictures and Devoleena had even shared a video in which she was seen comparing her pet dog Angel to Shehnaz Gill and labelling both (the pet and Sana) as attention seekers. This didn't go down well with a few Bigg Boss fans who trolled both Devoleena and Dalljiet.

For the uninitiated, in the video, Devoleena was heard saying that her pet behaves in a similar way as Shehnaz, when it doesn't get attention. Apparently, Dalljiet was not there when the video was posted, but yet she was targeted. As soon as Dalljiet got to know that they (she and Devo) were trolled, she responded to the haters like a boss.

Dalljiet wrote, "Ok... so first thing first .... everytime @shehnaazgill jokes about someone ... it's always taken as a joke ... it's always said that wo to sirf mazak kar rahi thi ... then why is it that someone else's joke is blown out of proportion? I know @devoleena joked in a lighter note and not to demean anyone..."

"...and secondly ..for all the trollers out there... "this video was taken at night ... hours after I left her house" so for all those who are challenging the sikh in me ... should know that it's not my laughter and I was not even there at that time ...that u guys have blown out of proportion. @shehnaazgill is playing the game very well and I think I laugh the most on her gestures and I think she is a fab player.. So take it easy guys ...and enjoy bigg boss ..."

Devoleena shared a few pictures and captioned them, "The only difference between Coffee and your opinion is that I asked for coffee.🤷♀ ." 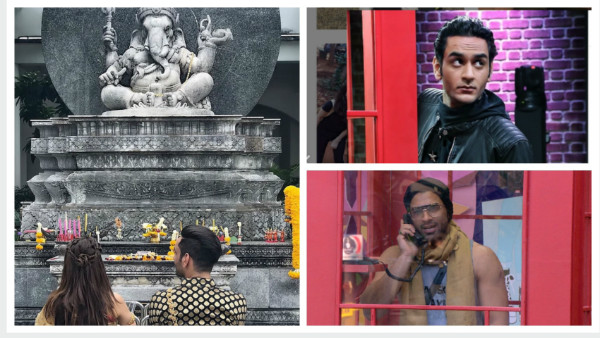