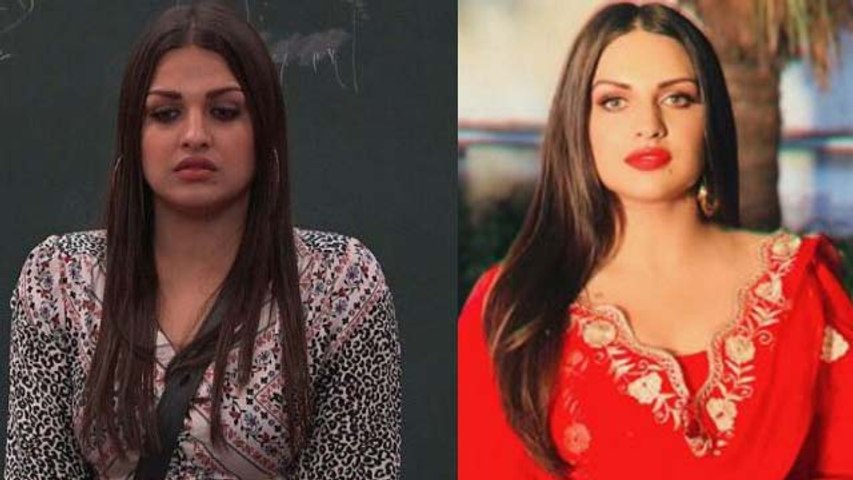 The recent Weekend Ka Vaar episode was interesting as Bigg Boss 13 host Salman Khan was seen taking all the contestants to task for getting aggressive during the tasks. He also exposed Bigg Boss contestant Arhaan Khan, who is married and has a kid, which Rashami Desai wasn't aware of. The Dabangg actor entered the house and was seen consoling Rashami. He asked her and Arhaan to sort out the differences. Salman also promoted his film Dabangg 3 along with his co-actors Saiee Manjrekar and Sonakshi Sinha, and director Prabhu Deva, and connected to Sudeep (who is seen hosting Kannada Bigg Boss) through Mi TV. Later, Salman announced the bottom two contestants - Shefali Jariwala and Himanshi Khuranna. As per the housemates' votes, Himanshi Khurana was eliminated from the house.

As Himanshi exited, her buddies Asim Riaz and Shefali were all in tears. She advised Shehnaz to play the game in a good way and left the house. Later, Salman showed the viewers a special message from Devoleena Bhattacharjee. She informed the viewers that while she is unwell and resting, ex Bigg Boss contestant, Vikas Gupta will enter the house as her proxy and play the game on her behalf.

As Vikas entered the house, contestants were shocked as they thought he was a wild card entrant. As per the latest promo, the nomination task was announced where the contestants have to name those whom they want to nominate for this week's elimination. Many named Shehnaz.

Siddharth Sent To The Secret Room!

As per the promo, before the nomination task, Bigg Boss drops a bomb by announcing that Siddharth Shukla will be exiting the house. He was later sent to a room which we assume to be a secret room. Bigg Boss might have taken this decision as he is unwell.

Another shocking twist shown in the promo was that even Paras Chhabra (who was out of the house due to an injury) joined Siddharth in the secret room. The duo was seen watching their inmates on television. They were shown clippings of Sana, who said she is missing Sid as he was the only one who listened to her nonsense.

On the other hand, Vishal Aditya Singh and Madhurima Tulli get into a major fight. Also, Vikas Gupta is seen questioning Vishal and Madhurima as to what went wrong in their relationship. Post this, Mdhurima wakes Vishal up and says, "Bahar awo baat karenge." We assume he might help the couple sort out their differences.

Also Read: SHOCKING! Bigg Boss 13's Arhaan Khan Is Misusing Rashami Desai's Money And She Is Unaware Of It!